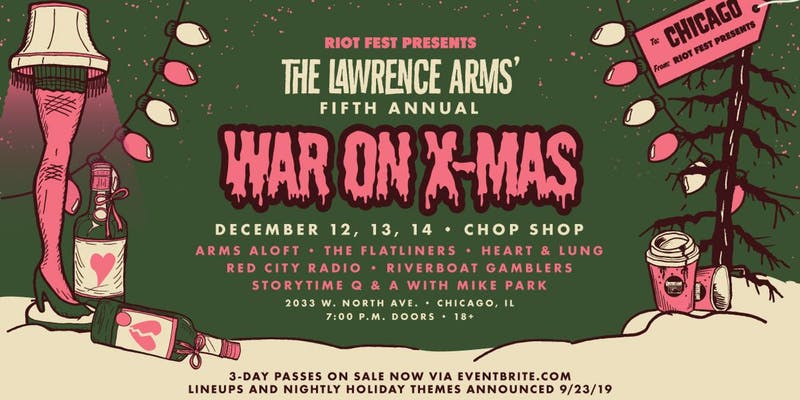 Sometime before Riot Fest – and my god does that feel like months ago instead of a mere ten days – the full lineup for Lawrence Arms‘ Fifth Annual War on X-Mas was announced. Today, Riot Fest released the daily lineups.

The annual three day winter party will take place on Thursday, December 12th, Friday the 13th (oh shit!), and Saturday the 14th. The venue has been shifted this year from Bottom Lounge to Chop Shop in Chicago’s Wicker Park neighborhood.

Check out the nightly themes and lineups below! 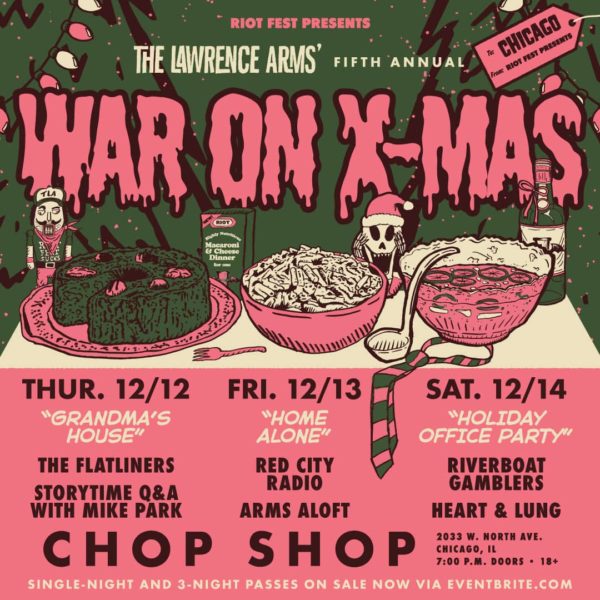 Night 1 – Grandma’s House – will feature The Lawrence Arms with The Flatliners and a Storytime Q&A with legend Mike Park.

There’s no word yet on the epic and exhausting annual Sunday after War on X-mas day show which usually takes place at Cobra Lounge. But you know we will let you know when there is, so keep checking back! And if, for some reason, they don’t plan a Sunday show this year, we can all meet up at Cobra and eat tater tots and drink beer anyway.