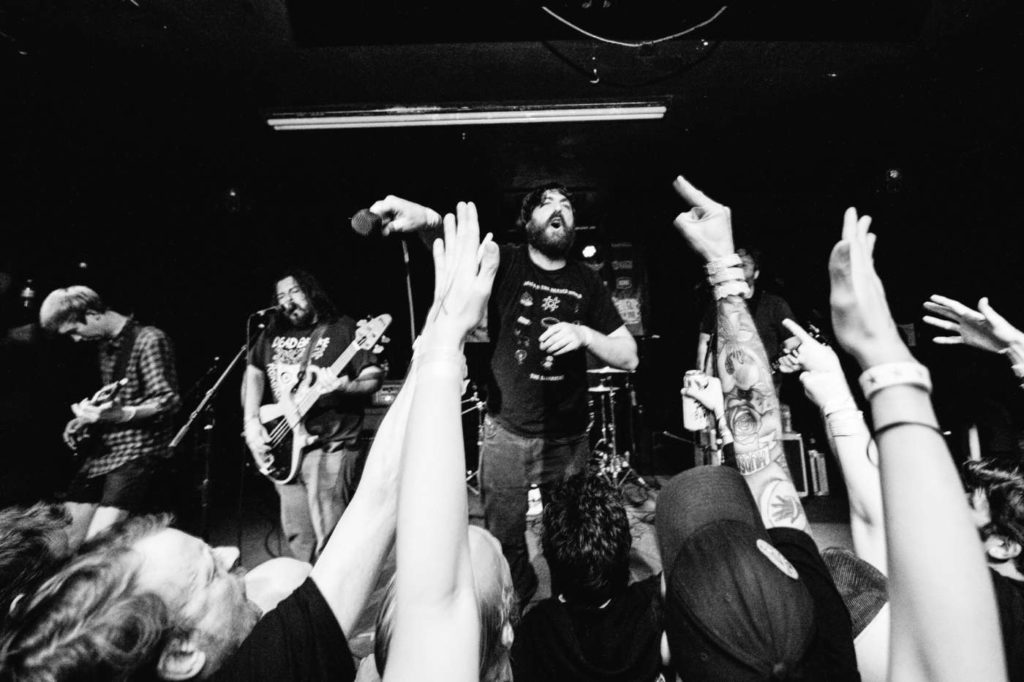 Dead Bars has announced a new live album titled Live at White Eagle Hall which will be released on vinyl via Surfridge Records.

Vocalist John Maiello had the following to say about the live album:

“This is definitely the only Dead Bars live show you’ll get to hear this year. The music in this album just happened — like in a dream. On March 16, 2019 Dead Bars performed at White Eagle Hall in Jersey City, NJ as part of the Bouncing Souls 30th Anniversary kick-off party alongside Strike Anywhere and The Explosion. The band traveled 3,000 miles to play in front of kids and heroes. This is the full Dead Bars set from that special evening from start to finish. No edits or overdubs, just the way it happened — something beautiful.”

The vinyl LP is up for pre-order now, and the digital album will be released on September 8th, 2020.