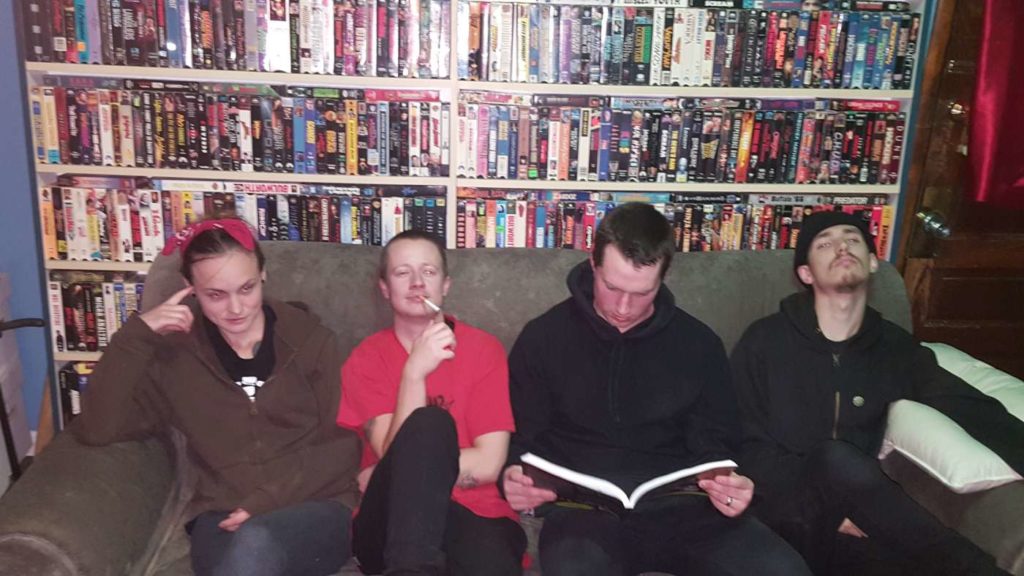 Today, we’re stoked to be premiering the second single from Iowa City’s Death Kill Overdrive. The song, “Face The Music,” will be featured on the band’s self-titled mini-album out Friday, May 14th via Bloated Kat Records.

Guitarist Kane Edwards had says this about the song:

“‘Face The Music’ is a song I wrote about a close friend of mine, named Ash Quinn, after he passed away. He played in a band called 90’sdreamboy among others, and he was someone that I could relate to in a way that I haven’t been able to to anyone else in the world. I often feel like an alien from outer space whom is not meant to exist on this planet, and it was always comforting to have him to relate to.

Many people, including myself, need music to survive. Music is therapy to me, and it’s been very difficult to live without having the ability to play live music this past year. While I am encouraged to see the first signs of live music returning, we all need to mindfully work together in a way that makes shows safe and allows everyone to feel comfortable, and not just in regards to COVID-19. When the time is right, I encourage us all to step up and face the music.”

Stream the new song below and keep checking back for more from Death Kill Overdrive and Bloated Kat!