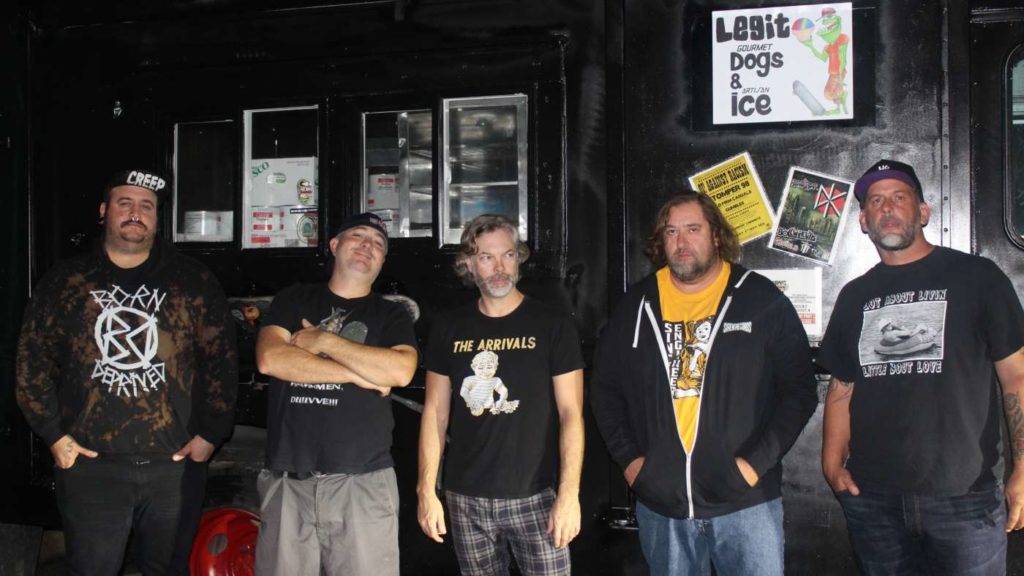 Today, Chicago’s The Usuals has released a new single entitled “No Disguise” featuring Jeff Pezzati of Naked Raygun. The song will be featured on the band’s upcoming EP, Man Down, which is dedicated to the memory of their co-founder and guitar player, Steve Katzel, who passed away in 2020.

Man Down will be the first of three EPs set to release before their upcoming third full-length, and is due out on November 5th via Legit Records. The EP was recorded at The Car Hold Studio in February of 2021. It was engineered by Aaron McDuffie, mixed at Brick Top Studio by Andy Nelson, and mastered at Audiosiege in Portland by Brad Boatright.

Bandmember Curt Harrison had the following to say about the release:

“We really wanted to try and do something special as a band in memory of Steve, so we revisited a few of the band’s songs from the early 2000’s that were his favorites to play. ‘No Disguise’ is one of them that we decided to recreate for this tribute. Jeff Pezatti from Naked Raygun asked if he could hear our demos for the new EP. He loved this song and asked to sing backups on it. We were stoked and of course said yes, not knowing what Jeff particularly had in mind, we knew it would be awesome! Putting out this EP, in a sense, helps bring closure and at the same time paves the path for the new music we have been creating.”

Check out the video for “No Disguise” below and keep checking back for more from The Usuals!