L.A. based outfit Spanish Love Songs has announced they will be going on a U.S. tour in April and May. Supporting them on tour will be Boston’s Future Teens and Charlotte, North Carolina-based Dollar Signs.

Spanish Love Songs is touring in support of their new LP, Brave Faces Everyone, which was released February 7th via Pure Noise Records.

Check out the tour poster and the tour dates below and visit us again to hear more about Spanish Love Songs! 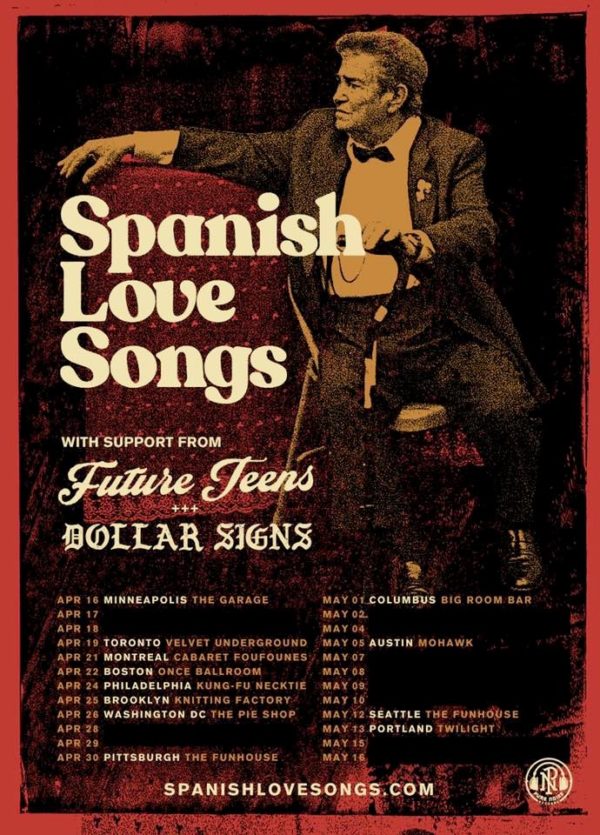