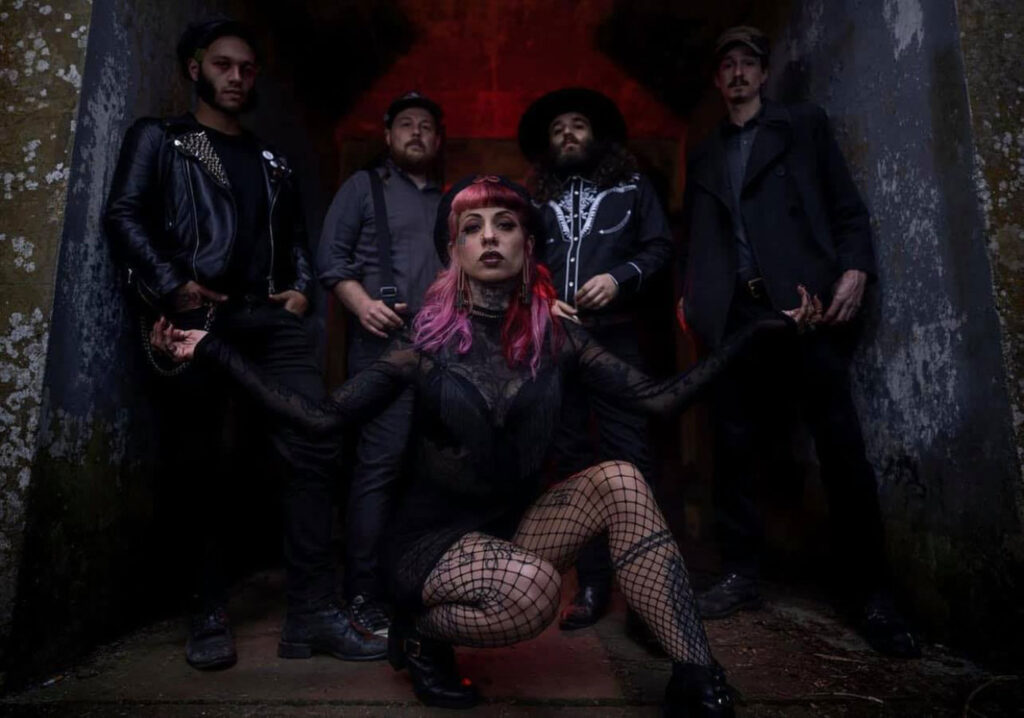 The Bridge City Sinners recently announced that they’re heading across the pond on their very first overseas tour. The UK tour will begin in early July and will consist of 26 shows starting in Hannover, DE on July 8th, extending across Europe and Scandinavia, and wrapping up in London. The run will include five different festival appearances including the infamous Rebellion Festival in Blackpool, UK and Sbam Festival in Linz, Austria, thrown by the band’s European label of the same
name. One of the highlights on the tour will be the August 8th date in Zurich, with the Sinners holding down the opening slot for legendary Celtic punk band Flogging Molly.

The self proclaimed “Death Folk” and “Blackgrass” band have also recently announced their US festival bookings for the rest of the year, including appearances at both Psycho Las Vegas and Punk in Drublic plus Chicago’s Riot Fest in mid-September.

Check out The Sinners European tour dates below along with the tour poster and keep checking back for more from The Bridge City Sinners! 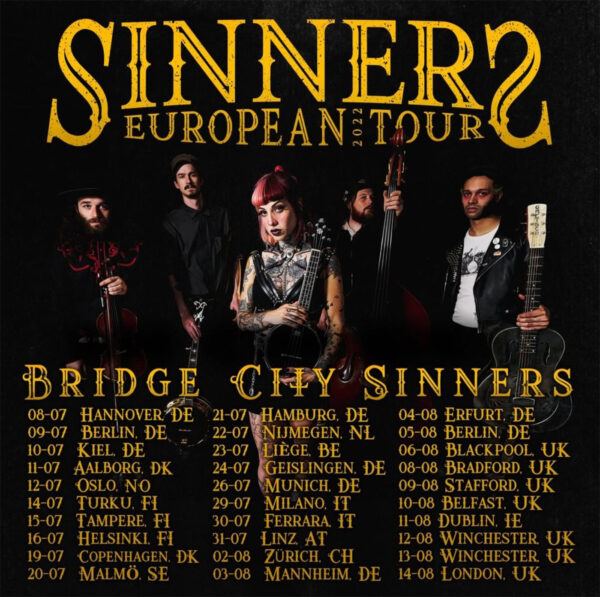