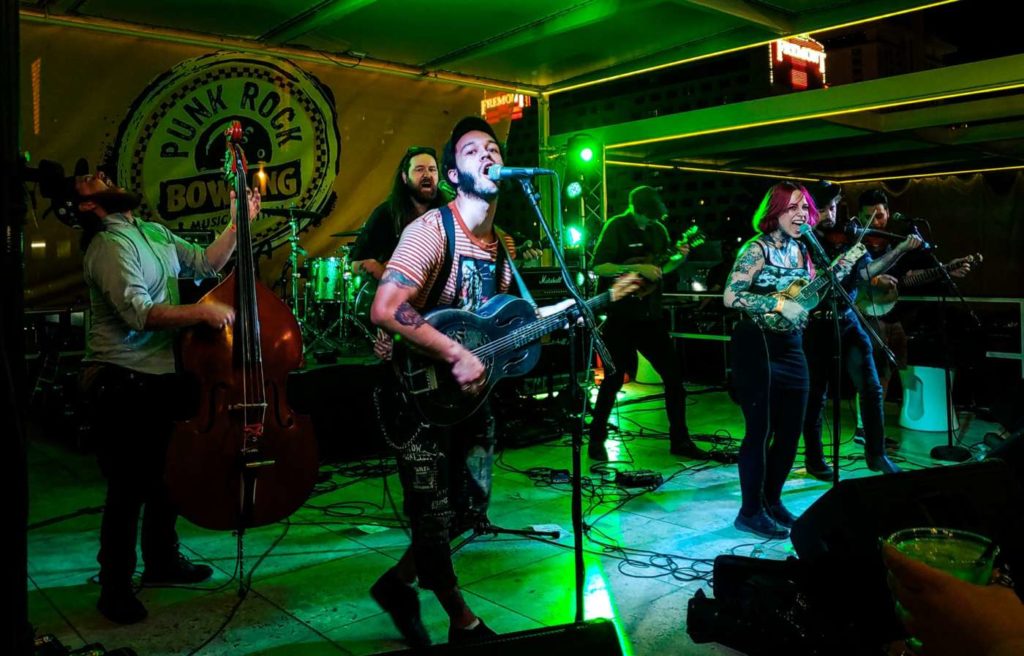 Today, we’re so happen to be sharing an interview between two friends – musician Andrew Paley and Scott of Bridge City Sinners.

Bridge City Sinners will be releasing a new album, Unholy Hymns, in September via Flail Records. Now that things are starting to open up, they are finally able to hit the road and promote. The band will be heading out on tour with Bongzilla in addition to Days N Daze and Crazy & The Brains. Andrew Paley will be opening a handful of the shows as well, including The Fest in Gainesville and Moonrunners in Chicago. Flail Records has also released a split 7″ of Days N Daze with Andrew Paley. So this punk rock family has come full circle.

Check out the interview between Andrew and Scott below!

Andrew: Hey Scott! So the world is opening back up — it seems we made it. What’s the best part so far? 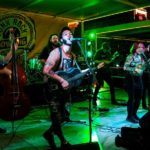 Scott: Andrew, firstly, can’t wait to play with you this fall and hang out!

When the pandemic madness of 2020 started, I had just put in my two weeks’ notice at my job as a social worker with the State of Oregon. It was happening: a full time life as a touring musician. It hurt, but two days before my final day in March of 2020 I had to pull my resignation because, just like so many others in the world, I needed a job (especially with touring  being cancelled). Luckily, I did end up taking that great leap of faith, and quitting two months later.

For those of you who do not know, Flail Records is the label the Sinners started and that I run from my basement. All the support the Sinners and Flail Records got during the pandemic was overwhelming, and the enormous support from the fans really helped us all survive! Flail allowed me to quit my job. I could  hug everyone who bought merch over the last year and half that made it all possible. That kept us going during this pandemic and we can’t thank you all enough. So one of the best parts so far is seeing all the shows coming back.

A: During the last year and a half, what records helped get you through?

S: I have a great friend named Tristan. We endlessly talk about music. He’s really into Folk and Country. He keeps making me playlists entitled “Scott,” “Scott 2,” “Scott 3”… So I’ve been putting those on and listening with an open mind. Sometimes we circle back around months later and listen to the music together. The connection of sharing music with a bud… If that isn’t nice, I don’t know what is.

Other albums that have been there for me, too (excluding Flail Records releases):

The War on Drugs – Lost in a Dream

Get Dead – Dancing with the Curse

Against Me! – Acoustic EP

The song of the quarantine has to be “This Remedy” by Larry & His Flask. It keeps me motivated to love and remember what is important in life. Which I’m still working on.

In case you’re interested…. Here is the “Scott ” playlist from my bud Tristan: https://open.spotify.com/playlist/669TZPtmt8wBImEEbJDTR3

A: Bridge City Sinners have a new album coming out in like a month and a half. What was it like making a record during COVID? How did it impact the writing process?

S: Can’t wait for Unholy Hymns to get into the universe. I’d say one of the best parts of being in a band is the “summer camp” like experiences you get to have. “Alright everyone, jump in a van, and drive around the country for two months with your friends and play music,” It rules. We get to live our lives like the “Lost Boys” in Neverland. RRRRRUUUUFFFIIIIOOOOOOOOOO!

COVID pushed this “Summer Camp ” simile in a new awesome direction. After quarantining ourselves in our separate homes, all the Sinners got together for three weeks at my house. For the most part we had all been living in different parts of the country, so that added to the excitement to it (as we missed each other).

It was COVID times, so we all just hung out together in the house the whole time. As far as writing an album, it was by far the best experience thus far because we were in one place together without distraction, having all the time devoted to writing and creating together. We put together eleven songs in around seven days and were able to howl at the moon in the evenings.

A: Your first show back is coming up in August too! Are you all planning anything special for the big return? I assume it’s a record release show, right?

S: Our first show back is where it all started, in Portland, Oregon. We hold a special place in our hearts for all the Portland Sinners. 100% we were put on this music journey because of them.

The Sinners started as a “just for fun” busking band maybe five years ago. We’d just go to some street corner, put out the tip hat and play music when we all felt like it. Often with a bottle of wine in a discreet drinking vessel. Haha. We weren’t trying to book shows, but as we would play music on the streets of Portland, people started inviting us to play their backyards, house parties, and, eventually, venue shows. So we went with it. It was a blast.

Our first show back being in Portland just feels right! We also get to play with our best buddies Beggars Canyon and Wicked Shallows! We have all played so many shows together, we love each other as musicians and friends and to re-unite together fills the soul. If that isn’t nice, I don’t know what is.

A: Can’t wait to play with you guys at the Moonrunners Fest in Chicago in a few months! When was the last time you came through Chicago? What was your favorite time through?

S: Can’t wait to be there with you Andrew! I’m going to ignore the subtleties of the questions and answer my favorite time WILL BE seeing you and Days N’ Daze play “Caroline” live together for the first time ever on stage! It will be the first time y’all have done it together, right?

A: And also The Fest in Gainesville! What band(s) are you most stoked to see down there?

We did the Fest a few years ago and played with The Get Up Kids (the childhood emo dream that came true). Lagwagon kicked ass too as they played the entire Let’s Talk About Feelings album. Maybe Laura Jane Grace or Against Me! will do us a favor and do a surprise performance as they are from the area.

A: So you all recently started working with SBÄM over in Europe; you have a bunch of US shows coming up, but are you planning to get over to Europe this year or next as well?

S: We plan on doing a month or two in Europe in July and August 2022 (maybe February too?). Can’t wait. I’m a really big fan of Stefan’s art (who started SBÄM Records) and I’m excited to sit down for a cup of coffee with him. Everyone at SBAM are sweethearts and I love what they are doing.

Europe is hard to get to geographically and financially. And even if you get the chance to tour there, you never know if you will make it back, which sets the stage for some magical moments. But now that we have this opportunity, we’re all so excited to go and meet all the fans there! I lived in Denmark for six months and Greece for six months, so I am also looking forward to seeing some old friends. I’m looking at you Nikkos Papageorgiou!!! GET READY!

A: Let’s say you just met someone who has never heard your band and they ask you for three songs they should check out first — which three do you tell them?

S: We play a few different styles. If you are more into Folk, Jazz, Bluegrass I’d say “Run From the Sun.” Punk fans, “Song of the Siren.” Folk Metal lovers, listen to “The Legend of Olag Hai Pt. 2” from our new album Unholy Hymns (out in late August). And for one more… if you are into cheesy Pop-Country, just get in the van with us after a show and sing along!

A: In addition to being in the Bridge City Sinners, you also run the record label Flail (which, full disclosure, recently released a split between Days N Daze and I — so thanks on that front!). How do you balance those two halves? What’s the best part of running a label? And the worst?

S: It feels beyond fantastic to be putting out so much music I love. The best part of running a label is cracking jokes with the badass Flail Records team (Lyz, Heidi, Rebecca, Amanda, Meagan, and Jay) in the Flail basement. The Flail team really helps me balance both running the label and being a musician with the Bridge City Sinners. I couldn’t do it without them.

The worst  part of running a label, it’s taking like seven months to press vinyl right now as all the pressing plants are backed up.

S: Go listen to Andrew Paley. If he isn’t nice, I don’t know who is!