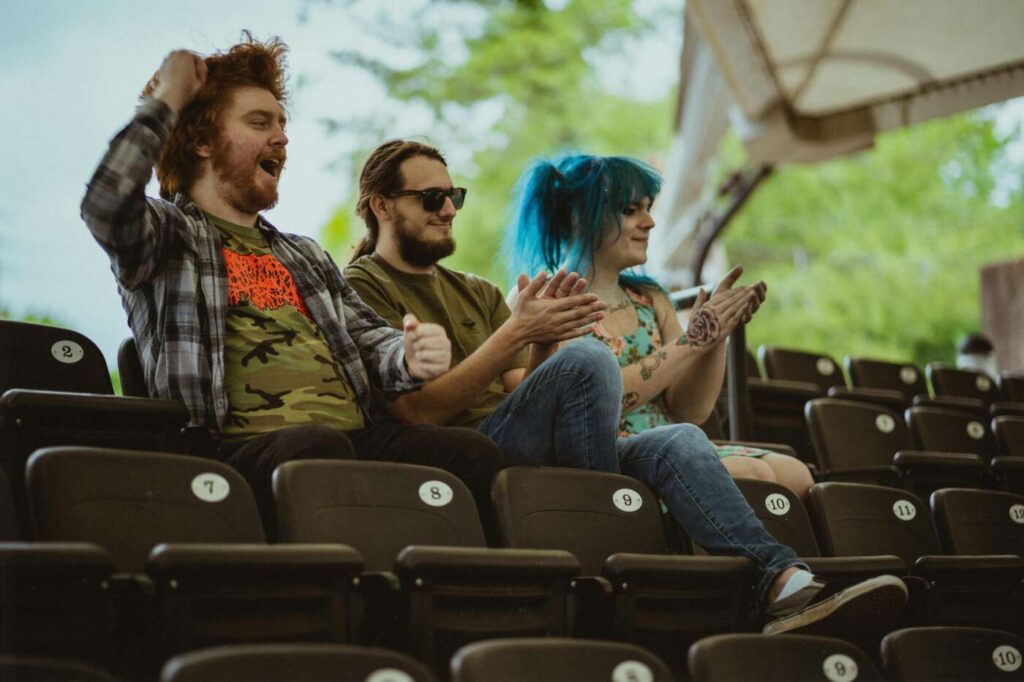 Today, we’re so happy to be premiering a brand new single and video from an AMAZING (and we’re not saying that lightly) band out of Tennessee, Bad Idols. The track is entitled “Knoxville Punks Fuck Off” which is, of course, a nod at the famous Dead Kennedys song “Nazi Punks Fuck Off.” The single will be featured on the upcoming split release with Sarchasm which will be released via Say-10 Records.

Band Member Eric Trent had the following to say about the new release:

“‘Knoxville Punks Fuck Off’ is a song about observations made after years of being involved with punk. Idolizing tragedy, romanticizing violence, and buying into the lie that punk was better before. It is absolutely not a diss song about older punk rock fans that don’t care if you’re a misogynist or a bigot as long as you have ‘been nice to them’ and your band sounds like the Ramones.”

Watch the video for “Knoxville Punks Fuck Off” below, pre-order your copy of their split with Sarchasm here, and stay tuned for more because Bad Idols will be recording with Jack Shirley next month for their upcoming full- length also out on Say-10!