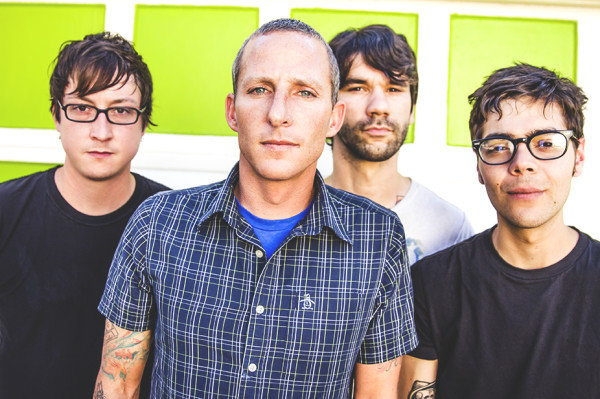 Many, many years ago… like five or something, Bay Area band Great Apes shot footage for a video. With some current day editing by band member Matthew Kadi, this footage has made it into our hands and is ready to see the light of day.

The video is for the song “The Edge of the Western World” which is “narrated from the perspective of a long-term San Francisco cab driver. Existential questioning and a scathing criticism of mainstream American values are backdropped by the city’s fog-shrouded coastal outer lands.”

“The Edge of the Western World” is featured on the September 2013 release Thread (Asian Man Records, Side With Us Records). The footage, originally of San Francisco was filmed by Ben Pier. It was filmed live at Thee Parkside and Cafe Du Norde in San Francisco by Leslie Hampton.

Check out the video for “The Edge of the Western World” below and try to recall what live music was like.