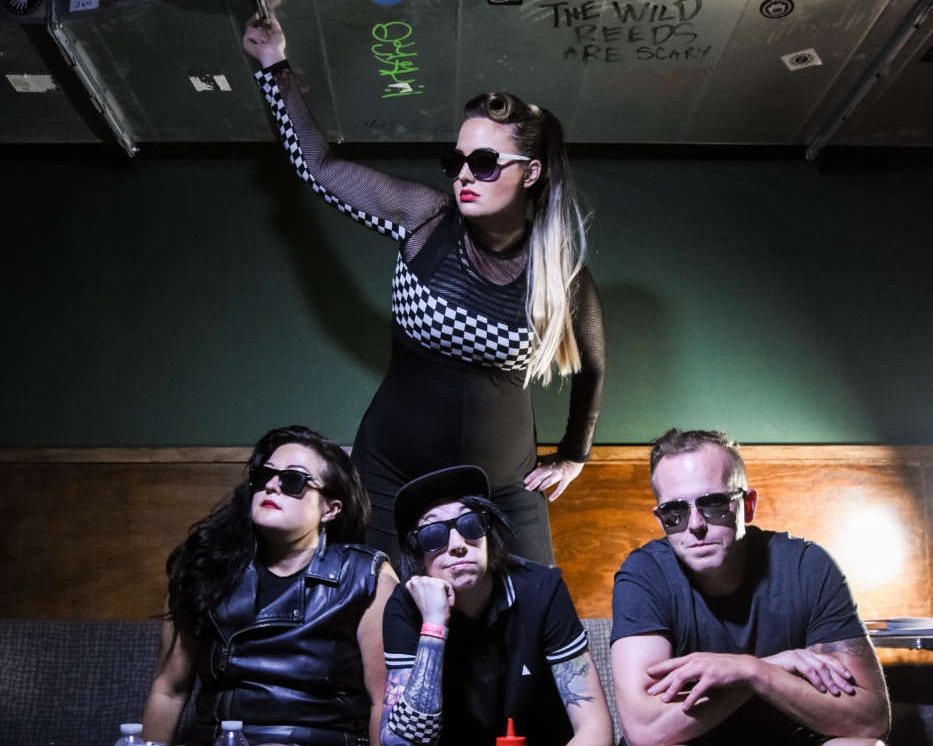 Over the weekend, Minneapolis’ The Von Tramps released a cover and video of Jimmy Eat World’s “Your House” in celebration of the 20th anniversary Bleed American. The band snuck off to Fort Collins, Colorado to record new material with tik tok famous drummer of the Ataris and Von Tramps producer Dustin Phillips.

Von Tramps frontwoman Jenna Enemy has the following to say about the classic album:

“I had Bleed American when it came out and enjoyed it then, but it wasn’t until I recently re-discovered it during the pandemic that I truly connected with it. I went through a break up during the pandemic like so many people and listened to this album a lot. When I stumbled on the track ‘Your House’ I felt very connected that someone else felt just like me in that moment. I immediately started drumming a soca beat to it on my banister and thought ‘THAT’S IT!’ I built everything in the track centered on that beat. Because it was the pandemic and I couldn’t go anywhere to record drums for the demo, I built the beat by putting a mic in the bottom of a Rubbermaid tub and drummed on top of the lid. I loved the huge boom it made and we replicated the sound in Colorado.”

The band adds that the album’s history was also a large part of the decision to pay Bleed American a tribute. Guitarist Chelsea Oxborough:

“We found it really cool that Bleed American was the album they [Jimmy Eat World] recorded on their own until they were able to find support. Being a 100% DIY band for now, we are hoping to follow the same fate and find the right support for the album we are working on.”

“[the song is] really beautiful. We all gained a new appreciation for Jimmy Eat World’s musicianship through this project. It was an honor to cover and we hope our fans love it as much as we do.”

Check out the video for “You House” below. The song is also streaming on all platforms now!