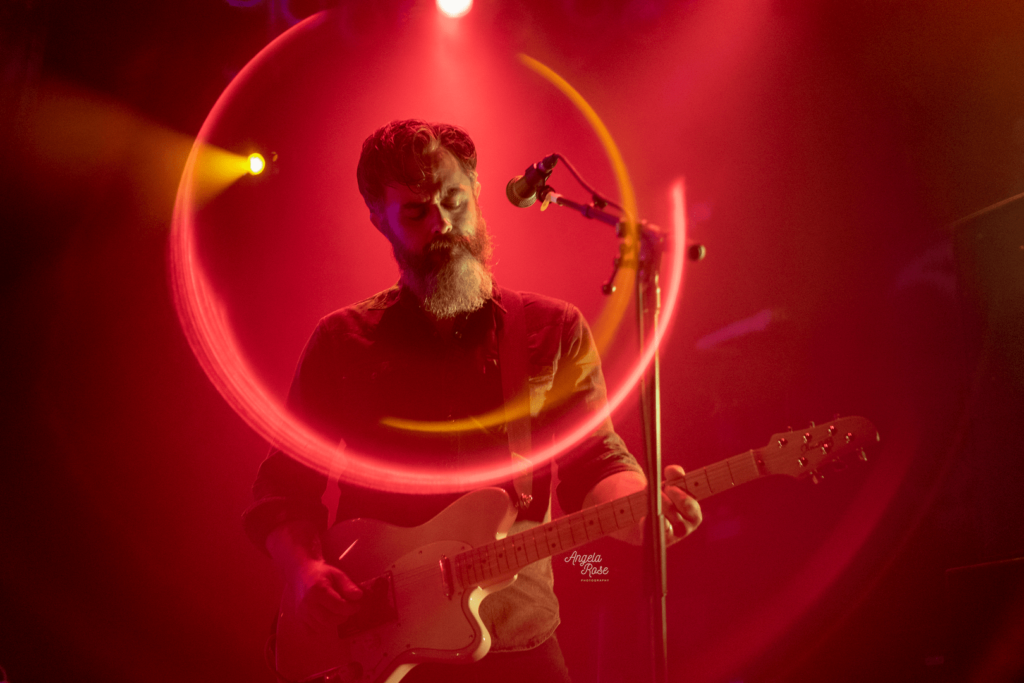 I made it to the House of Blues with an hour or so before show time. I only found out the day before we were even given coverage of the show I had requested coverage for back in January. Minus the Bear was on their Planet of Ice tour, playing their 2007 release front to back. The first leg of the tour was about three weeks long and the band had brought their Suicide Squeeze labelmates The Coathangers with them. Fucking sign me up. Then, like everything else, I completely forgot about it. I don’t even smoke weed; why am I like this? Character flaws aside, I showed up an hour early to meet the photographer and my teammate for the night, Angela, for a drink before the show.

I’ve seen The Coathangers four or five times at this point, but never on a stage as big as House of Blues. The room was already pretty filled up as the ladies took the stage. With singer/guitarist Julia Kugel trading an armful of flowers for her guitar, she wasted no time and jumped right into “Watch Your Back.” They played for around 45 minutes and stuck mostly to their last two full length releases, Nosebleed Weekend and Suck My Shirt, which was surprising to me because they recently released the very excellent EP entitled Parasite but only played one song off of it, “Wipe Out.”

One of the best aspects of a Coathangers live show is how they will seamlessly switch instruments during their set. However tonight, after a half hour of everyone sticking to their original instruments, I just figured maybe their opening time slot didn’t allow them enough time. Or maybe it was because they had mentioned that Julia was sick and not feeling 100%. But just as I was feeling bad for the audience not getting the full Coathangers experience, Stephanie Luke jumped out from behind her drums and switched places with Julia on guitar and powered through “Shut Up.” Stephanie lost the guitar and went full blown hardcore lead singer for “Cheap Cheap” with her increasingly raspy voice. Then she jumped back behind the drums as Julia grabbed the flowers from earlier and tossed them into the crowd, thanking everyone for coming out. Instead of picking back up her guitar, she opted for the squeaky dog toy and ended the night with “Squeeki Tiki,” leaving those in the crowd unfamiliar with the band with that ‘what the fuck is happening?’ look.

I was standing in the audience looking through the photos Angela took of The Coathangers, when the biggest motherfucker I have ever seen pushed his was through and stopped directly in front of me blocking my view of anything. So… this is what it feels like to be a smaller person at a show. Thanks to Angela’s inside person, we knew it would be a solid half an hour until Mins the Bear started, so I knew I had time to go smoke.

I made my way down the stairs of the House of Blues only to be stopped by a sign that said “no re-entry.” I must have let out an audible sigh because the security asked me what I was looking at and then said, “Fuck that. Go smoke. Just come back through this side when you come back.” Shout out to the awesome security guards. I walked outside past the puking girl and over to all the other smokers who had gathered. I began talking to a very drunk man with a ‘D’ name that finally convinced me I should be making my own cigarettes instead of spending $13 a pack or even worse, quitting.  So thanks drunk guy whose name I can’t remember.

I made it back in time for Minus the Bear’s first song, “Burying Luck.” Truth be told, I’ve never been a Minus the Bear fan. It’s not that I didn’t like them, I just never bothered to listen to them. I was going to at least give the Planet of Ice album a spin before the show to see what I was getting myself into, but then I didn’t… because I’m super professional music writer and can’t be bothered to type in “Minus the Bear Bandcamp” into Google. Whatever.

Chicago, on the other hand, is definitely comprised of fans. The crowd seemed to triple in size since I had left to smoke and I struggled to push my way as far back as possible to watch the band I did not know. Or thought I didn’t know; the first three songs actually sounded very familiar. Upon further inspection days later, I realized I actually have two Minus the Bear albums on my iPod (including Planet of Ice) and I’m just an asshole.

I’m not really sure what genre you would put Minus the Bear in. Wikipedia says Indie Rock, so sure, let’s go with that. I don’t make it to very many Indie Rock shows, but I will say this – the crowd is so much cooler than pop-punk/punk shows. As I stood in the very back, I was ended up behind a guy who was dancing and singing to every single song. In fact, everyone was dancing and singing along. There was no one in the crowd with their arms crossed, slightly bobbing their heads. There was no shirtless, sweaty drunk guy running in circles, slamming into people, trying to start a stupid fucking mosh pit.

Angela found me in the crowd and we began exploring the labyrinth that is the Chicago House of Blues, heading upstairs so she could get an aerial shot of the band playing. But each level of the venue was packed to the brim of singing dancing people. The good thing was that no matter where we were, we could hear the band playing, and there were a million TVs broadcasting the stage so you could see. In theory, I could have stopped and sat in the comfy looking couch we passed by in some random hallway and would have been totally fine, but I was determined not to be that old.

We made our way to a different spot by the back bar where we had a great view of the massive crowd and stage and watched Minus the Bear play for an eternity AKA an hour and a half. After finishing off the 45 minute Planet of Ice, they moved on to a handful of other songs from their discography to fill in the remaining 45 minutes. Despite actually enjoying the music, I left when Minus the Bear left the stage, silently boycotting encores and more importantly beating the extremely large crowd out the door.

I was excited to go to a two band show. I figured that if it started at 8:00PM, I’d be getting out of there by maybe 10:00 PM and could still make it to the Zander Schloss, Little Dave Merriman, and Daniel Lewis show at the Montrose Saloon by my house. Boy was I fucking wrong. It was already 11PM and I had an hour train ride home. The only thing my future held was a bed. Thanks a lot Indie Rock.

** The Coathangers will return to the Chicagoland area on Thursday June 14th when they play at The House Café in DeKalb, Illinois ** 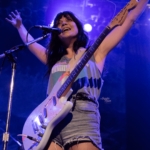 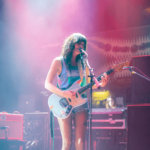 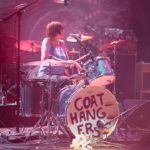 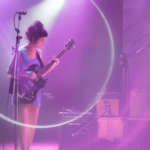 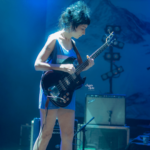 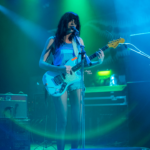 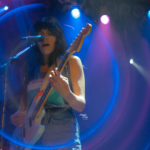 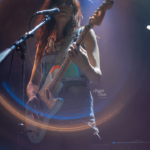 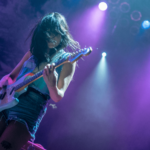 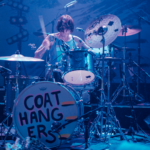 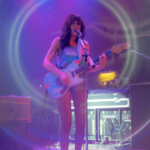 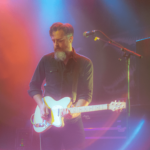 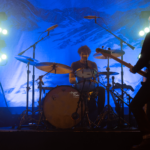 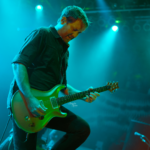 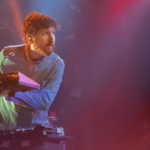 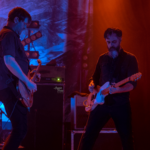 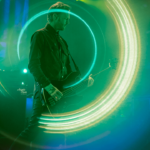 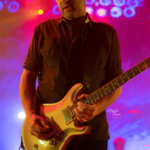 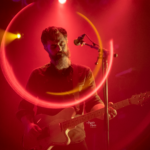 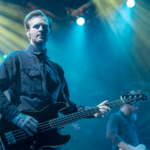 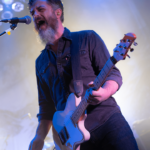 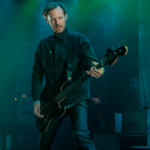 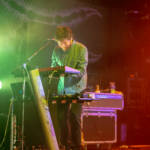 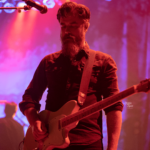 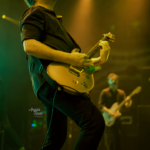 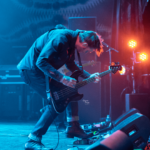 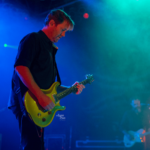 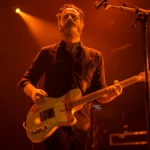