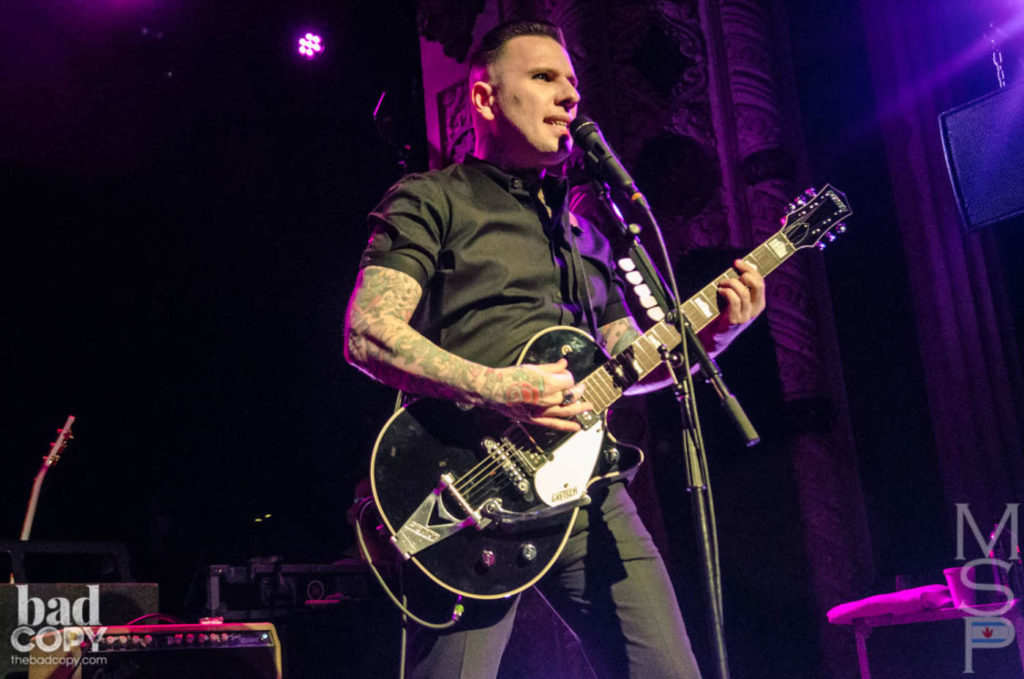 Mat and I decided to meet at Gman – the bar just North of Metro – at 6PM to plot and plan. Tonight would be better than last night, even if we had to drink ourselves into pure, unadulterated bliss. I bellied up to the bar early and chatted with some friends while wetting my whistle and waiting for Mat. As soon as he arrived, we mapped out our plan of attack… which really just entailed crafting substitute rhymes for Tiger Army’s infamous slogan – Tiger Army Never Die. We all know that when in need for new electronics, Tiger Army Shops at Best Buy. Or when people don’t truly understand the darkness behind their lyrics Tiger Army Heaves a Heavy Sigh. The game seemed to be contagious, as more and more friends and bar patrons got involved. But soon, the clock struck 7 and we retreated into the Metro to watch the show.

The first opening band was Airstream Futures. I feel like we’re talking about this band every few weeks on the site. And we are, because they play that many shows and because they are that good. Tonight, the vocal levels were perfect, being both loud and powerful without being over the top. Guitarist Jeff Dean was in classic form as he stomped, skipped, and played all over two-thirds of the giant Metro stage. If, for any reason, you were to become bored during the band’s performance (and there should be no reason that this would be so), all you had to do was look at the drummer. Mike Soucy, who is always a pleasure to watch drum, was just destroying the kit tonight. Airstream has been quickly moving up the ranks since they burst onto the scene earlier this year. They’ve already more than secured their place in Chicago’s North Side scene and soon, they’ll be the ones headlining at Metro.

After their last song, Mat and I tried to leave and head back over to Gman for a liquid palate cleanser. No luck. Apparently, you are only allowed to leave the venue when a band is still playing. We crafted a new plan as the venue filled up and Direct Hit! took the stage. They opened their set with songs off their latest full album release, Artificial Confidence, out now on Fat Wreck Chords. They even supplied their own horn section as accompaniment. The energy in the room felt like it was rising, but I kept asking myself how much crossover there really is between diehard Tiger Army fans and Direct Hit! fans. The latter does sing about apocalyptic worlds and zombies and shit… so I guess there’s at least some lyrical crossover. Perhaps singer Nick Woods should consider fashioning his bleached blonde hair into a pompadour next time they take the stage. Fuck You – Get Pomped.

Just before the last song, Mat and I enacted our plan which I had entitled “Code: Leave Metro, go to Gman, and drink more”. I’ve never really been great with plan titles. On the way out, I grabbed Mat’s handy flashlight that he apparently always carries in his camera bag and flashed it at sound genius Justin Yates. We had been trying to get his attention to no avail. But pretending we were security guards with a flashlight seemed to work. A quick hello and we were out the door and back on our bar stools before we could say “I’d like another Tito’s and soda please.” I noticed that most of the people at the bar had been there since 6PM. It seemed like we were the only ones who actually went to the show. We plopped down next to our buddy Skweres – local skeeball enthusiast and resident ‘guy who lives above Gman’ – who engaged us in a conversation about Alkaline Trio’s song “We’ve Had Enough” and Keith Morris’ involvement in the track.

Thankfully, Mat was keeping an eye on the clock and wrangled me back into the Metro before we were late. Unlike last night, tonight… Tiger Army‘s right on time! Nick looked much healthier (or at least not as flu-ridden) as last evening. They exploded into their set list and I couldn’t help but think that this is the show that the forever fans deserved. I also convinced myself that Nick 13 does not age. He looks and sounds exactly the same now as when I religiously followed the band fifteen years ago. And while I have seen three (maybe more?) incarnations of Tiger Army, I feel like this current lineup is the best in regards to representing the band’s whole discography and sound.

The songs ranged from newer to classics, from fast to slow. The bottom half of the set list mimicked that of last night’s, sporting newer songs from Ghost Tigers on. Mat and I had playfully picked key words to count throughout the set. He picked “night” and I don’t even remember what I had chosen. Maybe “eternal”. The reason I cannot remember is because the song “In the Night” racked up the tally of Mat’s word so high that I just gave up and started counting his instead. From my count, “night” was sung twenty-one times throughout the set and I know I missed a few. I was thoroughly enjoying myself, lost in a world of nostalgic flashbacks when Mat walked up to me and told me that he wished that this was the show that he was writing about instead of last night’s. Well, I’m jealous of your new camera Mat. So fair’s fair and we can’t always get what we want!

Nick talked about Chicago’s greats, from Pegboy to Raygun to Weasel to the Fireside Bowl, before thanking tour manager Matt Maly and their assistant tour manager for all they do. He then introduced each member of the band and they got the chance to do their own solo, showcasing their talents. Then the band closed with “Under Saturn’s Shadow,” the first song that I learned on standup bass years ago. They came back out for an encore, just as they did at Beat Kitchen. But, when this one was over, the crowd was STILL not satisfied. After all, it had been years since Tiger Army had played at Metro. So the band came back out for a second encore, asking the crowd what they wanted to hear. A blood curdling scream from the audience was followed by an eruption of shouting. Somewhere in all that audible hysteria, they decided on “Santa Carla Twilight” and “Incorporeal.”

Feeling satisfied musically, but not in regards to alcohol consumption, Mat and I returned to Gman for a night cap… or $50 worth. Tequila, Tito’s, White Claw Hard Seltzer, and beer all flowed a little too swiftly down our throats as we chatted with fellow concert-goers and shuffled to the back room to watch Brendan Kelly DJ. Friends that I didn’t even know were at the Metro showed up. The drinks kept coming until bar close, when I found myself wandering out to the street prepared to start my stumble home. It was then that I saw my friend and Chicago’s nicest human being, Jim Michalik. He was heading to his car and offered me a ride. Saint Jim! It was mere moments before I was safely home, on my couch, stuffing my face with chips and guacamole, surfing the streamable black & white horror movies after a Tiger Army show. Fifteen years have passed and the saying has proven to be true. The more things change, the more they stay the same.

Check out photos of the Metro show below! 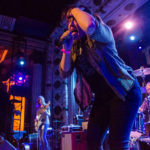 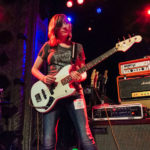 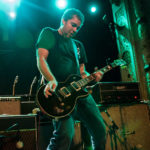 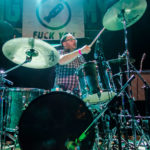 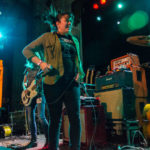 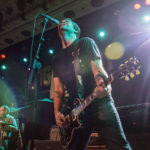 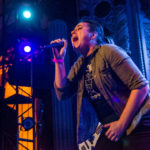 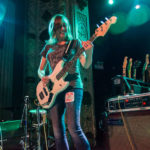 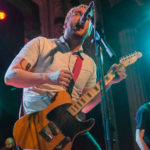 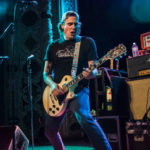 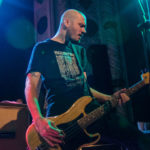 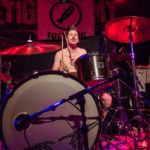 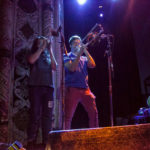 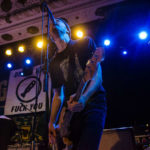 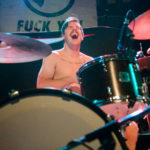 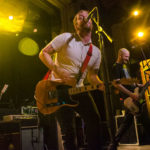 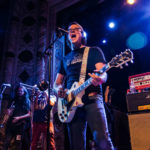 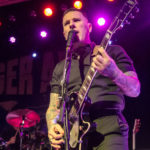 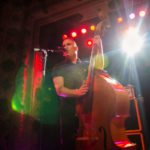 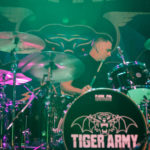 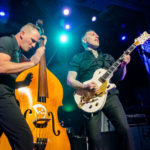 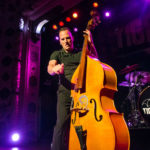 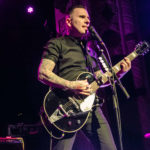 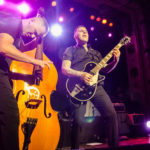 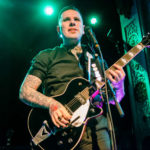 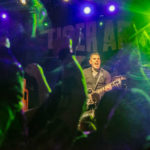