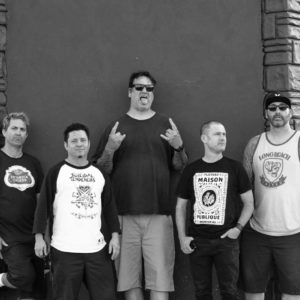 Goleta, California’s Lagwagon first burst on the scene way back in 1988 playing a unique brand of speedy, highly technical pop-punk that made them one of the most influential punk bands of the 90’s. The first band ever signed to Fat Wreck Chords and the definitive act on the label, Lagwagon were pioneers in creating the now-famous ‘Fat Wreck sound’ with their speedy drums, guitar virtuosity and undeniable melodies. They’ve influenced hundreds of thousands of kids, been around the world more times than Ferdinand Magellan and twisted and redefined themselves over the course of a career that spans almost twenty-five years.