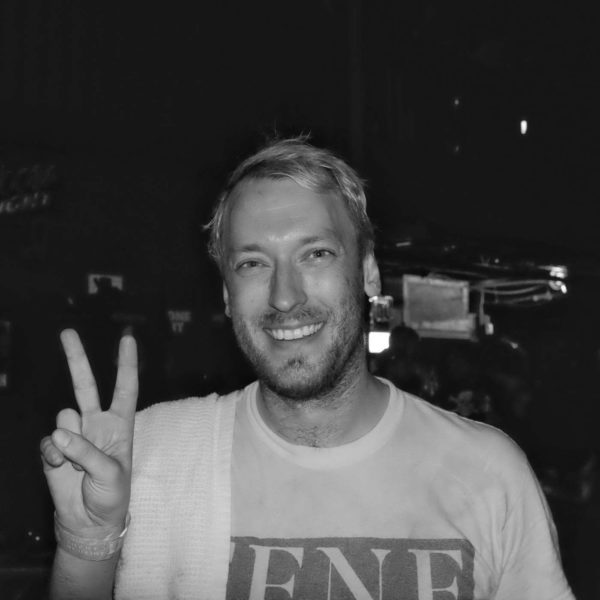 This week we’ve got Nick Woods from Direct Hit! You know, he’s the guy who is always yelling at you to “get pumped” and is secretly Banksy. I think we actually met for the first time when Direct Hit was on tour with Elway and they all stayed at a friend’s house after the Seattle show. I remember sitting on a couch watching Nick do poppers on one side of me, and Joe Henderer pour beer into Tim Browne’s ear on the other side. Meanwhile, Devon Key was playing a video game, ignoring all of it. And really, that kind of sums up both bands in a strange way. I always enjoy seeing Nick wherever we happen to be at the same time. He is a super genuine person and has a very lovely family.

I took this photo of Nick at Fest 16 while we watched The Lillingtons play 8 Seconds (I refuse to call it “Cowboy’s”).