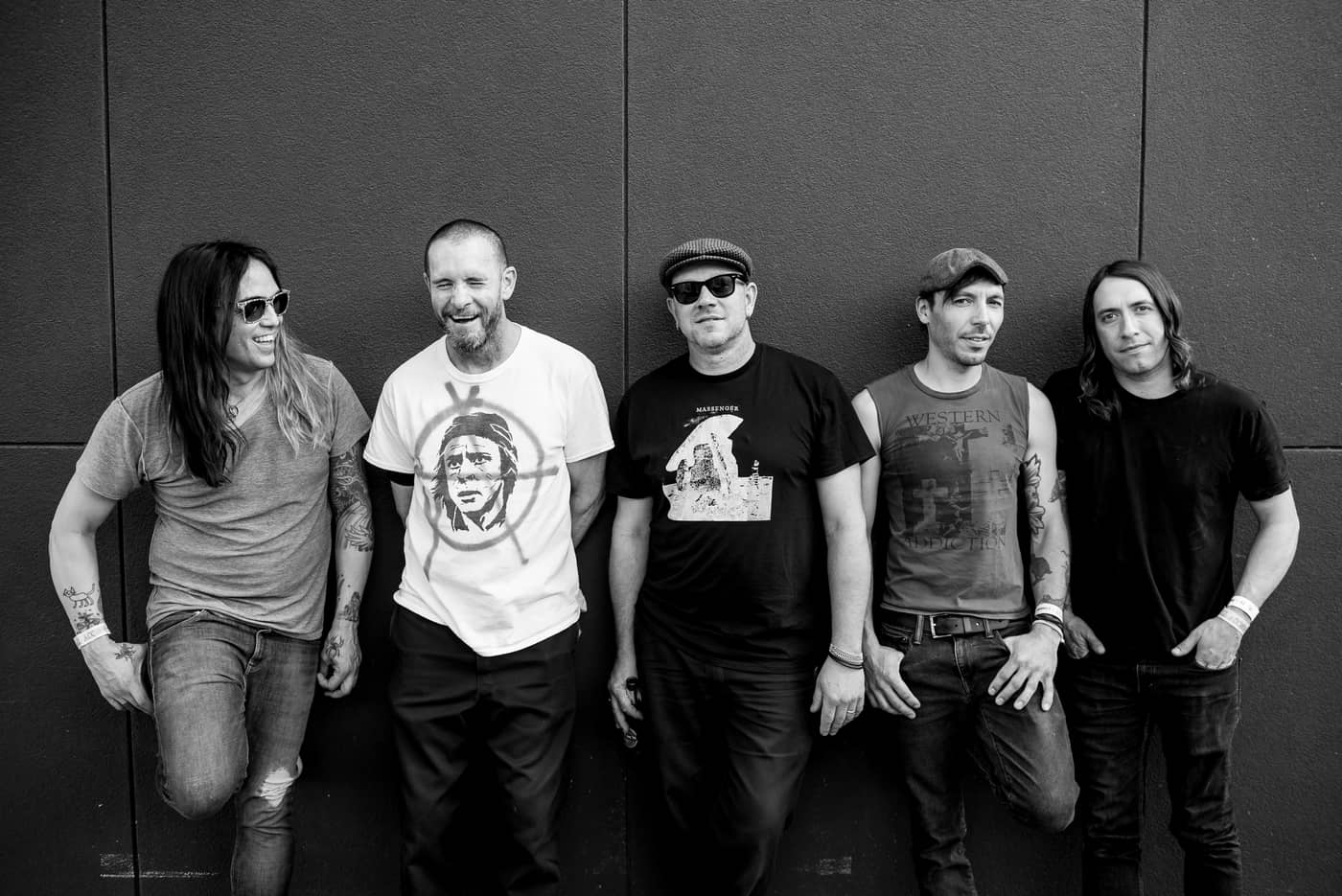 San Francisco’s Swingin’ Utters will be releasing their new album, Peace and Love, on August 31st via Fat Wreck Chords. When we were offered up the chance to chat with frontman and epic legend Johnny Peebucks, our staff jumped at the opportunity. So much so that we had three different contributors draft questions.

So, here’s what you get when a Seattle transplant by way of Chicago, a Bay area lifer, and a Canuck come together to interview one of the most engaging frontmen out there today.

What are some of the ways that this new release differs from Fistful of Hollow? 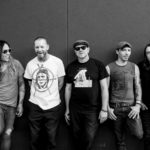 On Fistful, Miles Peck played bass and contributed to a lot of the songwriting. That album, to me, sounds like a Miles’ record. Demonic folk with an apocalyptic outlook. It was Greg McEntee’s last record on the drums which is a nice send-off. Much love and respect to my brother and founding member of SU.

The new recording, Peace and Love, is hopeful with sadness, dark and danceable, beautiful and tragic, and the most satisfied I have been of a recording. Luke Ray plays the drums and Tony Teixeira on bass, both from Sciatic Nerve, Nothington, Cobra Skulls, and Boys On The Wall. They play siiiiick! You can feel their love in the rhythm section.

Darius wrote and sings on a surf goth song, “Seeds of Satisfaction,” which is new for us. He also wrote and sang lead vocals on my favorite Darius song, “Sirens.” There’s a bit more Jack Dalrymple (toyGuitar and Dead to Me) on Peace and Love than on Fistful of Hollow. The album closes with Jack singing a haunting tribute to his good friend and bandmate, Heiko Schrepel (One Man Army).

Additionally, I feel one of the ways it differs from Fistful is the hope it has. After starting the album off with “Undertaker, Undertake” the darkness is there, but there are rays of hope with songs like “Louise and Her Spider” and “Human Potential.”

What are a few active bands who are currently inspiring you?

A Giant Dog is amazing! They sound so fresh, yet I picture scenes from the 70s every time I listen to them. I saw Slaves at Punk Rock Bowling and thought they were rad! I got a bunch of inspiration from Sleaford Mods and their slang. I’m finding Kim Deal and everything she’s doing super cool and mesmerizing. Same with Kathleen Hanna! There’s something about Mike Krol that connects with me.

Do you find it difficult to keep a positive angle on writing music with the current political climate?

It’s much easier for me because I tend to move in the opposite direction of negativity these days. There’s way more insane subject matter at this point in time and finding ways to cope with the shit show. I guess meditation has made it easier for me to be positive in the creative process.

What was the absolute worst show you have ever played?

There was a show in Austin, TX a few years back that felt not so good. I was too drunk and was frustrated with the low energy of the whole show. It probably was just an average show for everyone else, but I remember it with disgrace and nausea. My brain can race into negative thoughts in no time, and I need to be talked down from the ledge every once in a while. It’s getting better, but I need to breathe by myself for a while to cope

Let’s get controversial – East Coast or West Coast touring and why?

West Coast is more familiar and the people are more diverse, so I prefer touring this side. I love East Coast touring as well, but I have had mental breakdowns furthest from home. Certain highways on the East trigger horrible thoughts. But one thing I have learned is to never complain about touring, so… yaaaaay!

And while we’re pitting parts of the country against each other – Bay Area or San Diego burritos? Foil or paper?

Yeah, quit with the dividing! I lived in SD for a couple years back in the late 80s and enjoyed some delicious Mexican food. It makes sense because it’s closer to Mexico, but the burritos in the Bay got some weight to them that sometimes requires some foil for reheating. Paper is biodegradable, so hippies unite! See how I dodged that question?

Do you have any advice for aspiring musicians?

Music is infinite so explore as much of it as you can and find what gives you chills. It may seem easy to know what you like. It’s playing what you like and writing what you crave that is the hard part. Just keep asking yourself if the music you’re writing and performing is something that you believe in. It needs to be gratifying to only you.

And lastly, we’ve heard that there’s a pretty good story behind Johnny’s punk name, Johnny Peebucks. Would you kindly share with us?

Got drunk, peed my pants, paid for Taco Bell with wet dollars the next morning and my friend, Greg Williams, called me Peebucks. And I know I’m not the only one with these kinds of stories!