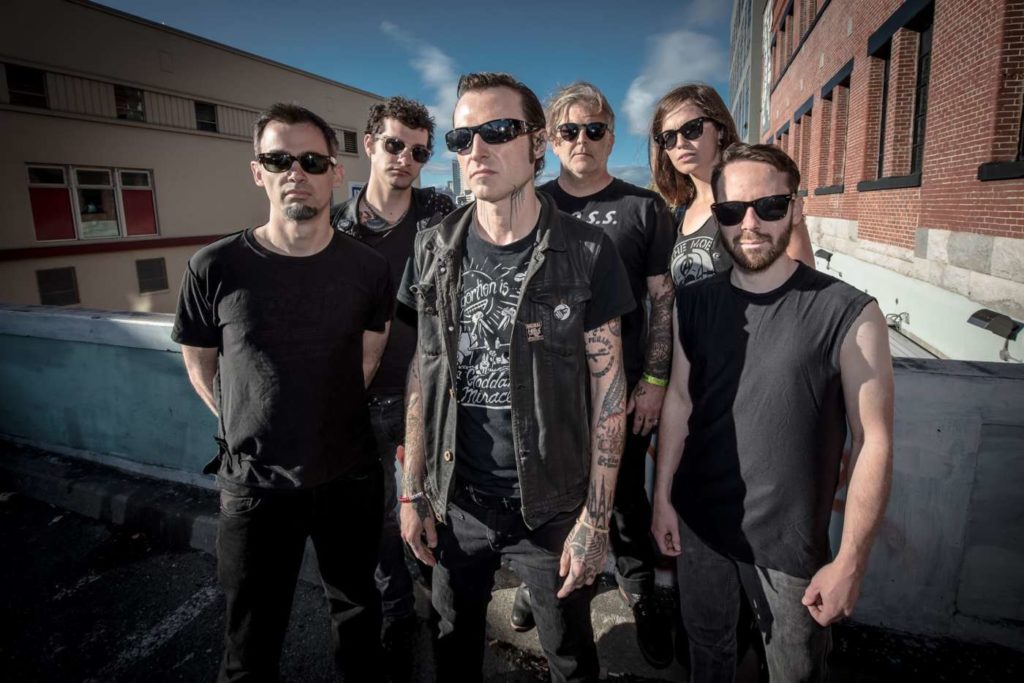 Punk Rock Bowling is almost here and we wanted to do something to help celebrate one of the biggest parties in Vegas. So we fired off a lightening interview round with a number of bands who are playing this year’s famous desert festival.

We spoke to Stza (Leftover Crack) about all things Vegas. He and Brad Logan will be playing a club show at the Citrus Roof Deck at the Downtown Grand Hotel & Casino on Saturday the 25th along with Frankie Stubbs, Tiltwheel, and The Dodges.

In case you have been deep in hiding for the last six or so months: Punk Rock Bowling begins on Thursday, May 23rd with club shows and the main stage events begin on Saturday, the 25th. The party will continue all through the weekend into Monday, May 27th. Three days passes and single day passes are still on sale now! And a number of the club shows still have tickets available but limited, so grab your pass today!

How many years have you played PRB before?

Leftover Crack has played the main stage in Vegas twice and once in New Jersey two years ago. And we played a club show in Vegas with DI once, although we prefer an all ages show.

This is my first time performing acoustic with my colleague Brad “O’Lesent” Logan. I also sang back-ups for Choking Victim two years ago; that was a fucking blur. I heard from several people afterwards that I showed up with a guitar and pretended to “play” the whole set. I lip-synched with The Dwarves once too in exchange for $20 worth of LSD and psilocybin mushrooms and a backstage pass, so I could feel properly alienated from my peers.

What is the #1 thing you MUST do every time you’re in Vegas?

I like to passout on Fremont Street, just so people know that we’re still bums. That and ride the water slide with the sharks in the tank at the big hotel pool.

What bands are you most excited to see or play along side on this year’s lineup?

I’m hugely influenced by The Specials and, with Terry Hall back in the band, it’s one of those “hell freezes over” events that nobody thought they’d ever get to see.

Other bands that I’m gonna try to find a way to catch are The World/Inferno, Flipper, Killing Joke club show. The Specials, duh! Maybe Antisect & Conflict if that actually happens. I don’t know why I’m being skeptical, but I am more than half empty. And of course the Adolescents, featuring Brad Logan from F-Minus, Rats in the Wall & South Park “Chef Aid” fame…

What’s the grossest item to eat from a Vegas buffet?

What’s your ‘go to’ gambling game?

Video poker… I know: boring white trash bullshit. But, I understand it at least. And I’m too anti-social to want to gamble at a table with real humans and I hate being waited upon like some upper class pile of shit. Plus, I can actually “play” it, ’cause I can hold stuff that the computer doesn’t suggest, just as a fuck you to the old man, ya know?! Also, I love wild cards for some reason. So watch your asses, Mr. Peanut Father-Figures!

If your band had a bowling team, what would the team name be?

Off the top of my head? Um. I would have to go with our usual mediocre default:

“Secret Teddy Bear Picnic & Special Bowling Contest in memorium for our fallen rainbow adventure soviets. Come be special & have a cry with 5 empty souls that have traveled this far for sunshine hugs and to brutally destroy our adversaries” redundant memorial weekend bowling contest performers, hurray!