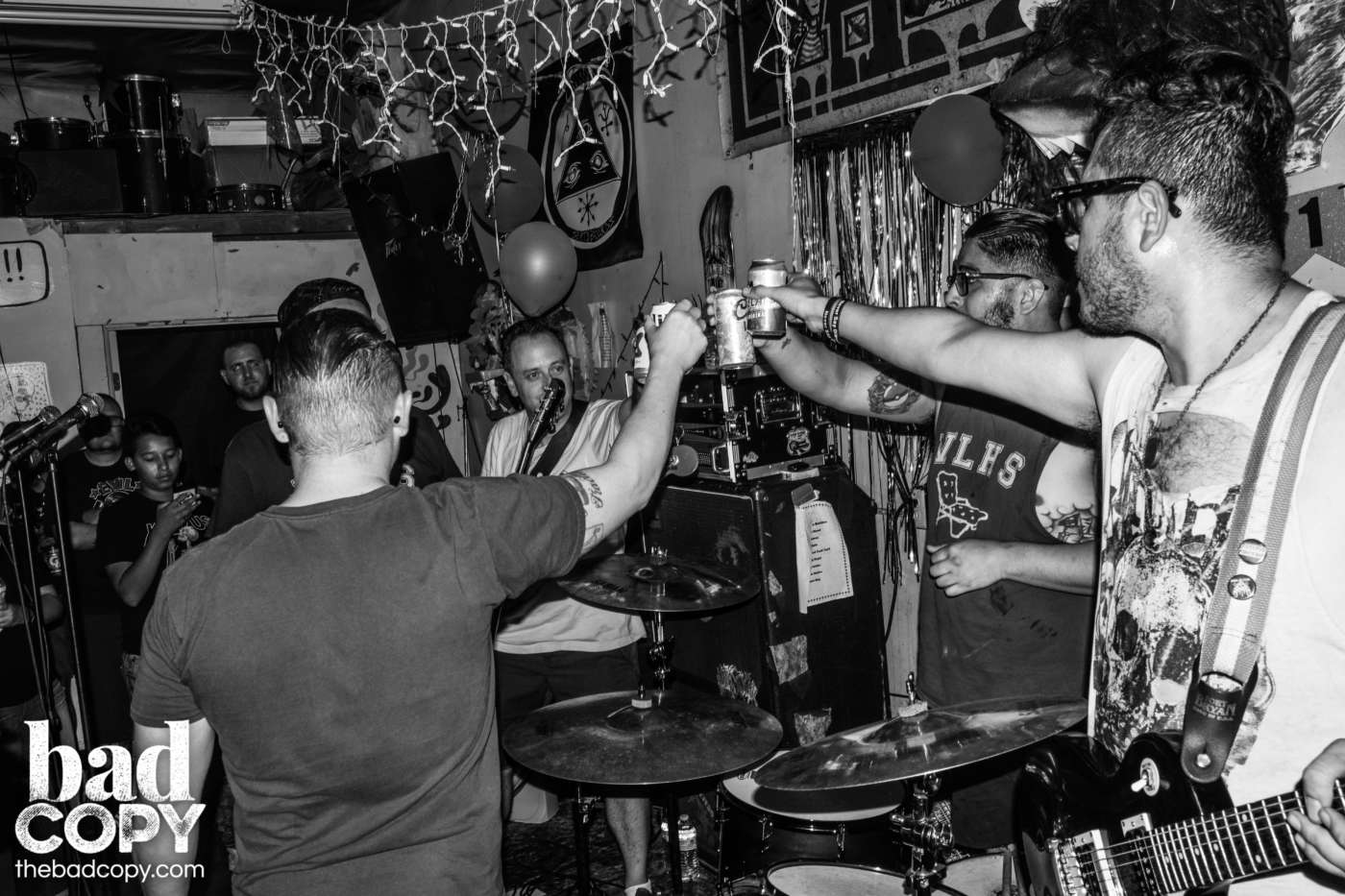 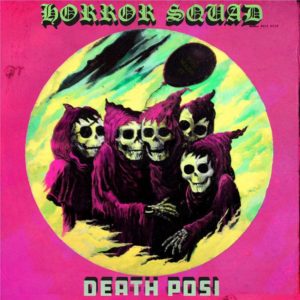 It’s here. It’s finally here. Chances are, if you have heard of Horror Squad, you have also been waiting for this record to come out. It’s out, and it’s good, really good.

The band is from Chino, CA and consists of five key members of the local scene in Southern California. Every member of Horror Squad is tied to a place called VLHS, a small local DIY space that was located in Pomona. Even though the venue has closed, the band still carries the same special spark of VLHS with them whenever they play. And it shows on the band’s sophomore release, Death Posi.

Their songs are catchy, reminiscent simultaneously of both Punk music and 50s Rock and Roll. There is a fun and eerie undertone to the mood that makes you feel almost as if you are at a Punk Rock Drive-in movie. Songs such as “Love Bug 68′” and “Ghost Teenagers in Love” could easily be sung around a campfire or at slumber party to creep out your friends. The lyrics of the other songs are also haunting, with subjects of love, heartbreak, and loneliness all interlaced with nods to classic horror movies.

As a bass player, I am always listening to bass lines. I must say that Horror Squad’s bass player, Gabe, crafts melodic and interesting bass riffs throughout the whole album. The song “Liquor Stories” is my favorite, as it contains the most fun bass line on Death Posi. Vocals are all shared by lead singer Damien, guitarists Paul and Tim, and Gabe. Tim was also the founder of and co-ran VLHS; one of the many reasons that Horror Squad seemed to play there on an almost weekly basis.

I have a tendency to get the chorus to “Maybe It’s Called Fuck You” stuck in my head, as well as the chant filled ending of “I Smoke The Blood”. Jimmy wails on the drums, while still keeping everything together. Personally, I am picky about snare sounds on albums, but his delivers a great, snappy tone.

And now for the stats! Death Posi was recorded in Riverside by Dustin Deleon of Dustin Deleon Studios and Turkish Techno fame. It was self-released by Black Cats Record Klub in association with Welcome Skateboards. For all you vinyl collectors, the album is now available in a variety of different colors such as green, purple, blue, pink, and teal splatter.

If live in Southern California area or you happen to be heading to Awesome Fest, Horror Squad will be playing on Friday, February 16th at Soda Bar in San Diego at 12:15AM. Weekend passes for Awesome Fest are still available!

Anyway, grab your copy of Death Posi now. You won’t be disappointed; I absolutely love it.