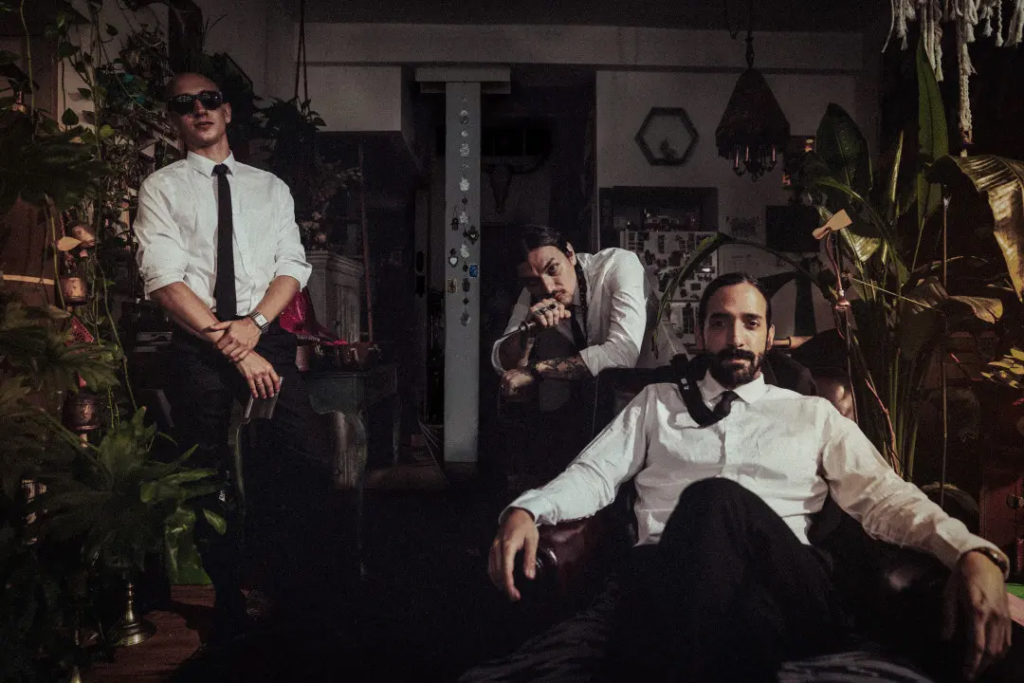 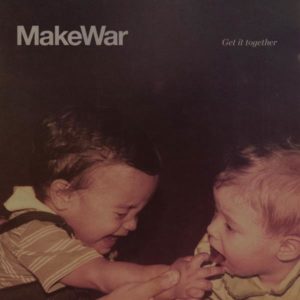 MakeWar - Get It Together

MakeWar looks very grown up in their suits almost as if they’ve gotten their shit together…. Oh, I see what you did there! Get It Together, the third record and debut release on Fat Wreck Chords, sounds as sharp and put together as the band looks in their promo shots.They have distilled down their message and found a voice that I didn’t realize could be more defined. The name ‘MakeWar’ itself now resonates clearly through the songs. Don’t get me wrong. I loved Developing a Theory of Integrity, but songs about partying, love, drinking, and an ode to New York City didn’t exactly inspire me to fight. This record however is very clear: Join the fight. Make war with us. The album is practically a call to arms.

They call out bigotry and hate in “No Excuses” shouting that “the time will come when we’ll be free to be who we are or wear what we pleased without being scared. The time is now!” I thought “American Futbol” was their most aggressively political song to date considering the references to climate change and tearing down walls. That is, until I translated “No Mas,” which is hands down my favorite track on the album. “American Futbol” sounds like the kumbaya version of “No Mas” in comparison with it’s “we’re all in this together” and “Let’s fix it all and maybe lay down all the arms and raise a glass” sentiment. Where “American Futbol” looks hopefully to a future tolerance and peace complete with shared beverages, “No Mas” is fed up and demands revolution. That cyclical guitar riff alone is enough to get my blood pumping. By the time I hear the shouted lyrics “No a tu percepción. No a tu ignorancia. No a tu insolencia. NO MÁS!” it’s become a battle cry and I’m shouting it myself because it doesn’t matter that I don’t speak Spanish. I know that feeling. I’m fed up and ready to fight too.

“Oh, Brother” is the single and reminds me the most of the previous record. I can almost hear the echo of Jose holding the note of “a normal 5 AM” in “Sing your heart out!” But, it too tackles a struggle. This time the struggle is within ourselves; just surviving and finding ways to make ourselves happy. Overall the album is a rollicking collection of riotous speedy drumbeats driving along riffy guitars all tied together with urgent vocals. You can’t escape the feeling you’re being compelled towards something imperative. Slower songs like “Squeeze” have almost a nineties grunge vibe, because even when you slow it down the angst and anger at society is all still there.

A strong contender for album of the year, this is everything I look for in a punk record and I truly hope to hear more songs in Spanish in the future.