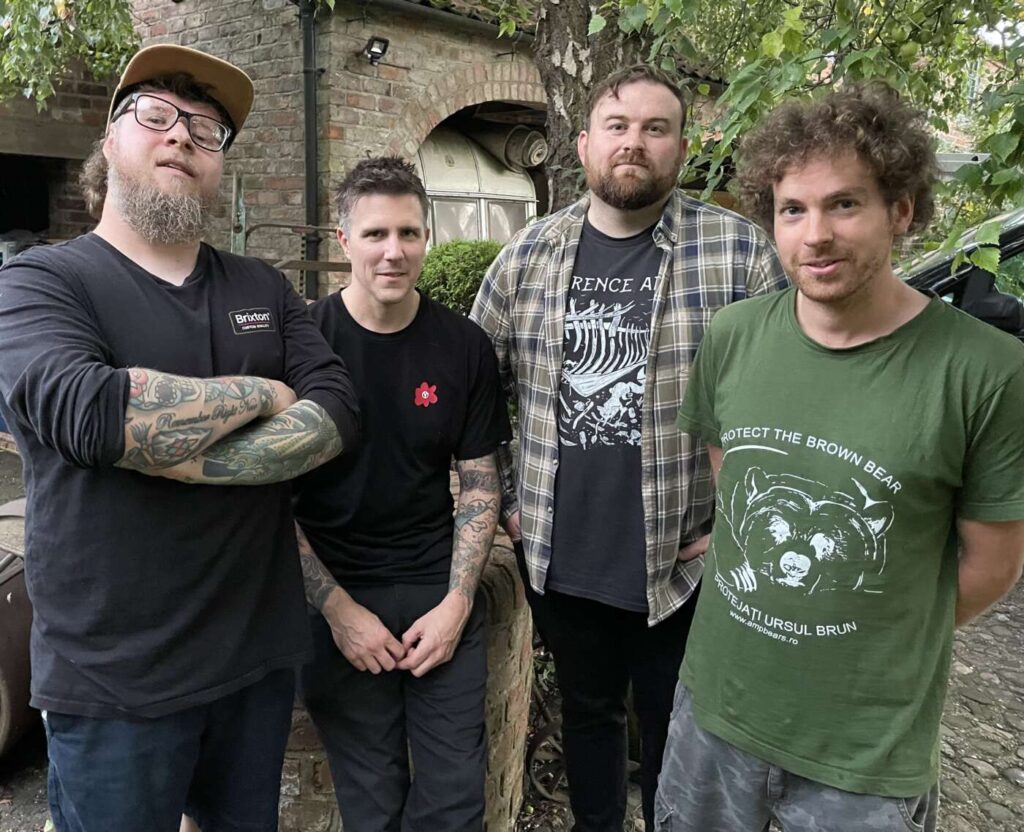 UK melodic Punk band Bear Away has announced the release of their debut album A Drastic Tale of Western Living. The album will be releases on October 21st via Brassneck Records (UK), Engineer Records (UK), Sell The Heart Records (USA), Shield Recordings (EU) and Waterslide Records (Japan). The album was mixed by Chicago’s own Dan Tinkler and mastered by Collin Jordan at the Boiler Room.

Bear Away has shared a new song from the album, “Unless That Rainbow is Black and Filled With Knives!,” which you can stream below.

You can also check out the tracklist for A Drastic Tale of Western Living below!

Tracklisting:
1. Wake Up and Smell the Floor
2. East Coast
3. Strange Blood
4. Counting Sleep to Go to Sheep
5. Unless That Rainbow is Black and Filled With Knives!
6. When the Earth Turns Slow
7. Old Friends
8. Seaside Trash
9. Leaving This Behind
10. Rodeo Bull