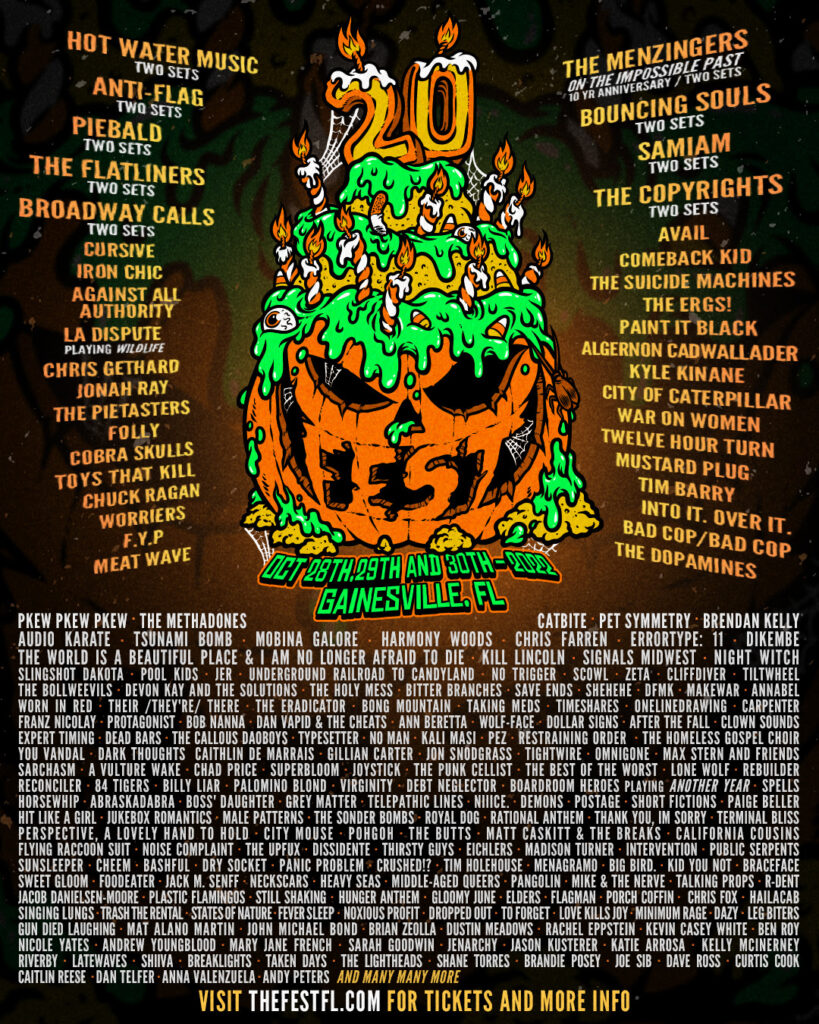 Here’s a little hit of dopamine for a Monday morning. After a few weeks of teasing more bands, The FEST has released the second wave of the lineup for the 20th anniversary of the festival. The first one was already great, featuring double sets from Hot Water Music, The Flatliners, Anti-Flag, Samiam, among others.

But now they’ve added The Copyrights, Comeback Kid, Paint it Black, Algernon Cadwallader, Against All Authority, La Dispute, The Pietasters, Worriers, Folly, Chuck Ragan, Meat Wave, The World Is A Beautiful Place & I Am No Longer Afraid To Die, Chris Farren, Errortype: 11, Cliffdiver, Devon Kay and the Solutions, The Holy Mess, Their /They’re/ There, The Eradicator, Taking Meds, Onelinedrawing, Timeshares, Franz Nicolay, Home is Where and a ton more.

Passes and hotel rooms are on sale now at TheFestFl.com. And while some options are sold out, keep checking! Because new rooms and returned passes get added all the time.

Check out the complete bill below and see you in Florida this Fall! 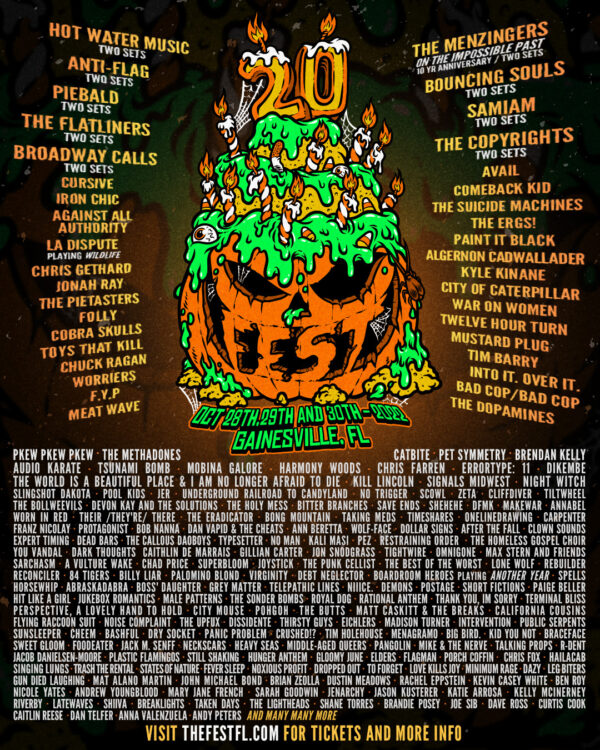