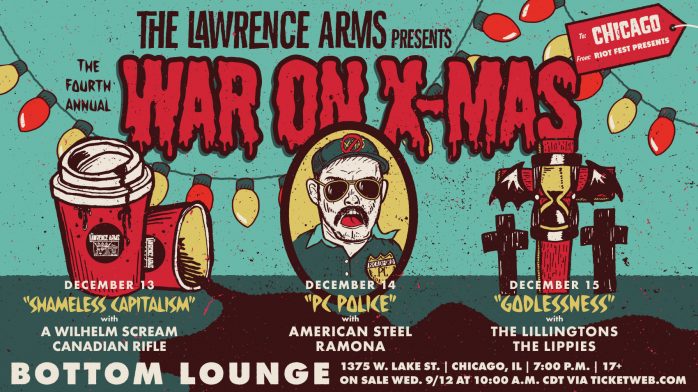 On Thursday, September 6th, while my social media feed was exploding with joy regarding a cryptic photo posted by Oakland’s American Steel which featured their logo along with “December 2018,” The Lawrence Arms‘ Brendan Kelly released his own pseudo-cryptic statement: 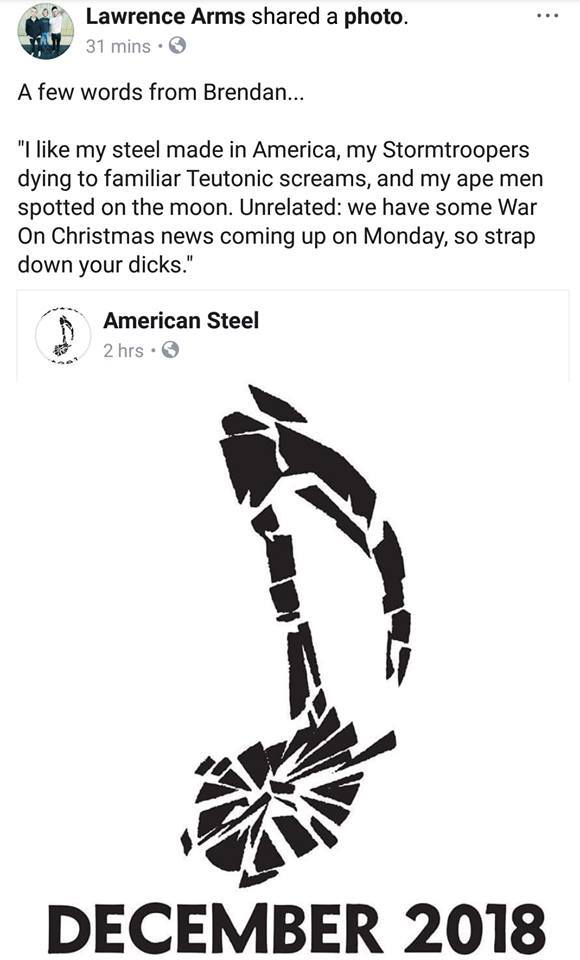 Today after much speculation, the full lineup, dates, and venue for this year’s annual War on Christmas were announced. The party begins on Thursday, December 13. All shows this year will be held at Bottom Lounge and tickets go on sale this Wednesday at 10AM CST.

Night 2 – PC Police – will feature The Lawrence Arms with American Steel and Ramona.

Night 3 – Godlessness – will feature The Lawrence Arms with The Lillingtons and previously defunct The Lippies.

There’s no word yet on the annual Sunday after War on Xmas day show. But you know we will let you know when there is, so keep checking back!