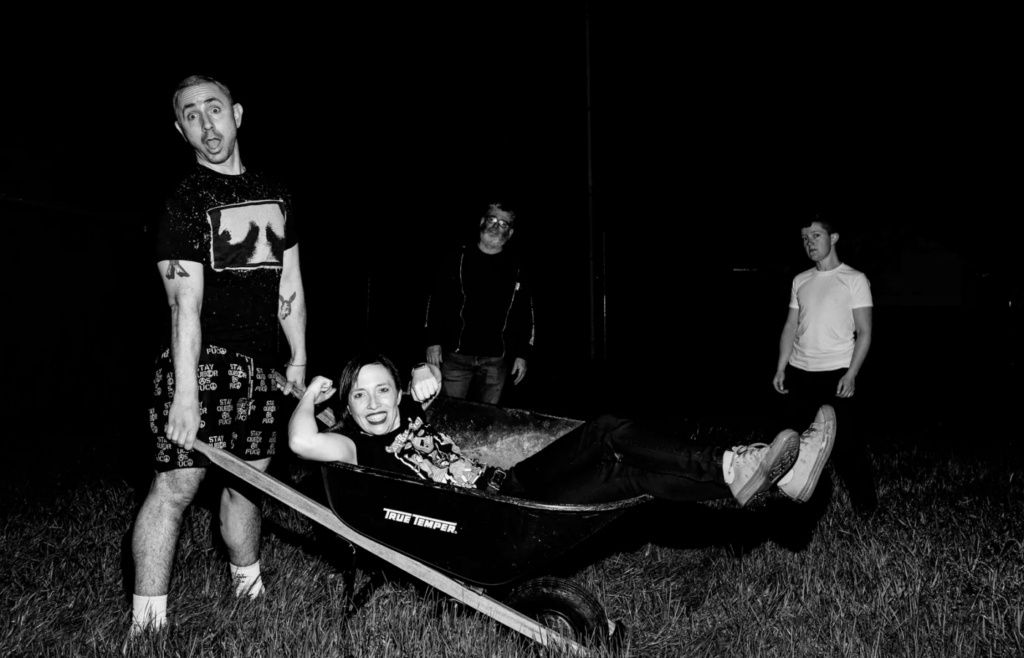 Oakland, CA Queer Punk band Middle-Aged Queers has released the third single off their upcoming album, entitled Shout at The Hetero, which is scheduled for release later this year via Say-10 Records. The new seven-song release is the follow up to their 2020 album, Too Fag For Love, which was released on Sell the Heart Records.

The band had the following to say about the new single, “Knot Circus”:

“Most of the songs on this album were written in the initial lockdown period of COVID-19 and take a much darker approach than our first album; ‘Knot Circus’ is no exception. The song explores the phenomenon of catching people in their worst behavior while questioning if we, the public, are becoming a surveillance state. An interesting change of pace for a band that historically written primarily gay content.”

Stream “Knot Circus” below and pre-order your copy of Shout at the Hetero today!