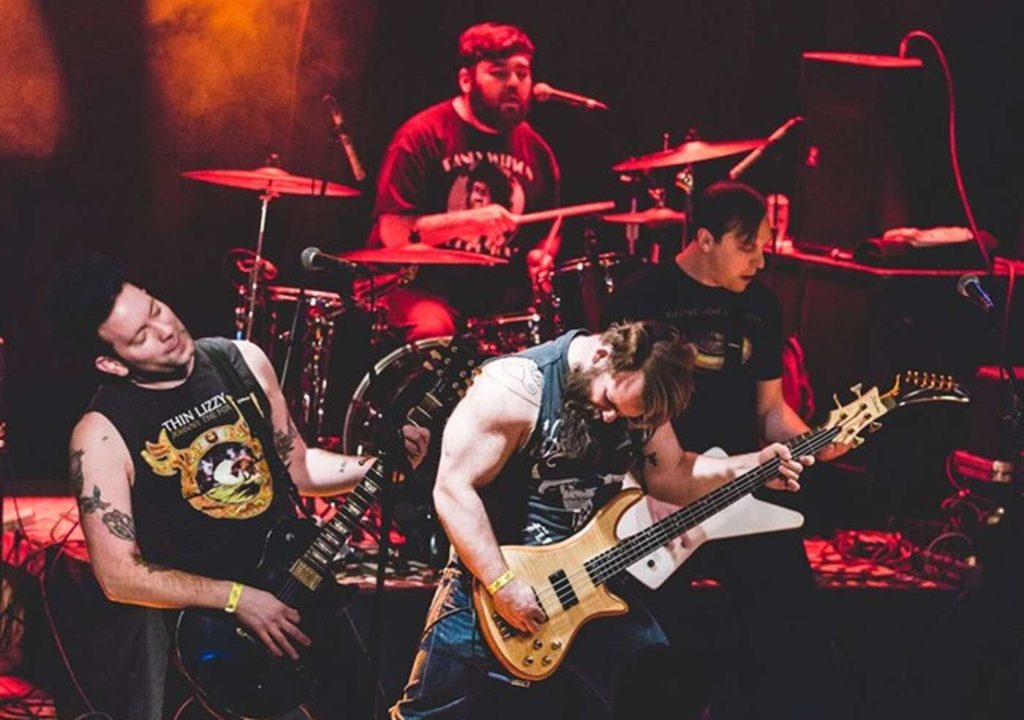 Hello and happy Saturday! We’re so stoked to be sharing this news that we’re doing an almost never before seen Bad Copy weekend post!

Today, we’re premiering three brand new songs by Chicagoland’s The Reaganomics. These three demo tracks serve as a promise that we’re getting a brand new album from these guys. Will it be out this year? Next year? Eh, no one’s quite sure yet. But we do know that it will be released via Red Scare Industries.

The band had the following to say about the new songs:

“In the spirit of the live action remake of Disney’s The Lion King, we’ve decided to release new music.  So here’s some demos. In August we’ll be recording an album of this crap and then you’ll be real sorry.”

Take a listen to all three songs now and if you like what you hear, download ’em! They’re free plus they come with lyrics so you can learn to sing along!

If you’re in the Chicagoland area, The Reaganomics are playing tonight at Beat Kitchen for Showoff’s 20th Anniversary show and then in November for T1 Fest (with a stacked lineup!)