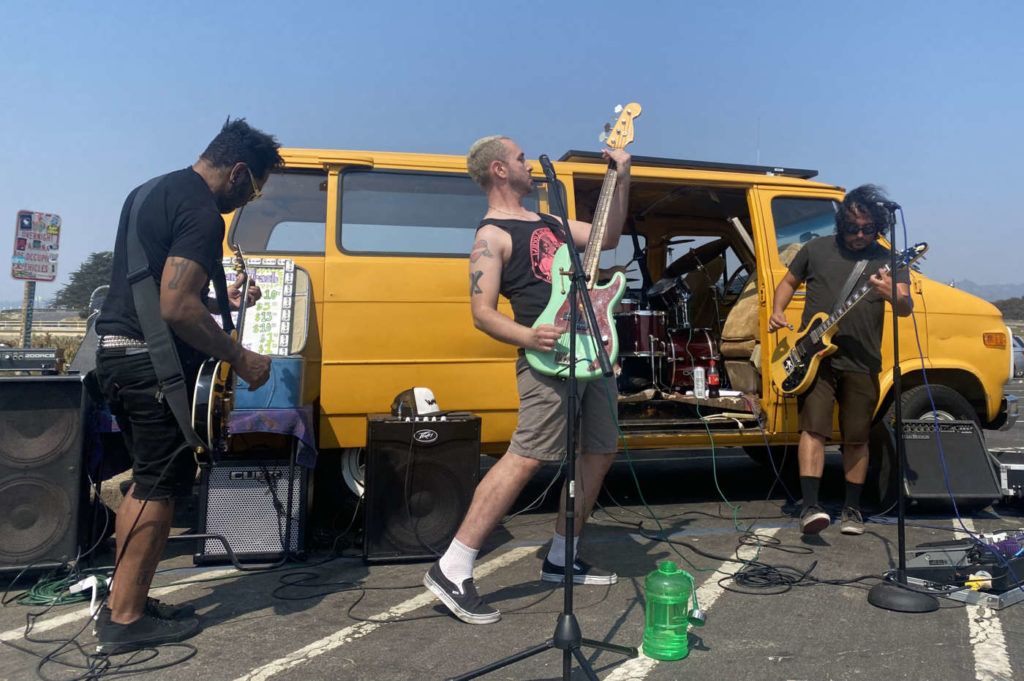 Oakland, CA’s Agonist Party has released their debut single entitled “Michigan’s Juvenile Delinquency Statistics.” The song track appears on the band’s upcoming self-titled album which will be released via Outpunx Records, the label started by Middle-Aged Queers in 2020. The band features current members of Middle-Aged Queers and former members of bands such as Yaphet Kotto, The Cost, Bread and Circuits, and The Boxcutters.

Bassist Shaun Osburn had the following to say about the band’s formation:

“At the height of the pandemic, rehearsing for the new Middle-Aged Queers album had to be put on hold due to health concerns. I had suggested to Mag [Delana] that the two of us create a separate project to work on during the pandemic; a three or four-song EP. I had already written a few songs that didn’t work for Middle-Aged Queers, so an offshoot seemed appropriate. Within weeks, we recruited Dave from the gutterbilly Michigan band Boxcutters and Jason, who had played with Mag in Halphorio.

“The pandemic’s ‘fifteen days to bend the curve’ turned into an indefinite string of months. We wrote more than three songs, tried in vain to self-record, and eventually threw our hands up in the air and convinced Tim Green to engineer the whole thing at Louder Studios in April of 2021.”

Check out the new single and video below and keep checking back for more from Agonist Party!