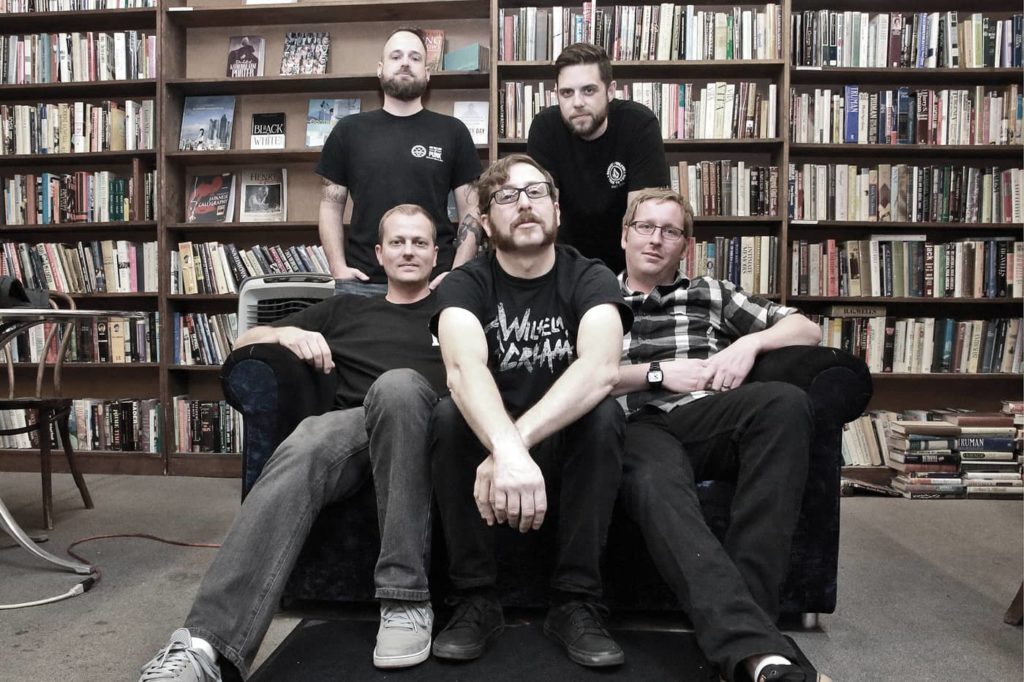 Today, we are beyond stoked to be premiering a new music video from our Denver pals in Allout Helter! The video is for their song “Speed of Blight,” which can be found on their 2017 release The Notion of Control out now via Bird Attack Records.

Singer Ross Hostage had the following to say:

“This might be my favorite song where Fred (guitarist) has written both the music and lyrics. It was one of the earlier songs that he brought to the band when we were writing our new record and I instantly fell in love with it. I just think it’s a perfect combo of our melodic, technical, and thrashy tendencies. As we rehearsed, we decided that the second verse needed, like, some sort of vocal counter-point to fill some space and expand the narrative. So, I wrote two sentences to add to Fred’s already stellar lyrics that we figured could work as back-up vocals or something. Fast-forward to working with Trevor Reilly as our producer in the studio and we somehow convince him to get Nuno into his studio back east to sing them for us. And that’s how we got one of our favorite frontmen to put his amazing voice on our record. It still blows all of our minds that he agreed to do it.

Oh yea, the song is about the dangers of unfettered greed via a fantasy allegory for man’s tampering with the earth ecologically through fracking, mining and underground nuclear tests. But holy crap, Nuno sings on this fucking thing and our other guitarist Ryan Tate put together this radical video of 80s cartoons to go along with this jammer. Enjoy some nostalgia!”

Watch the video for “Speed of Blight” now:

Keep checking back for more updates from Allout Helter, who will be celebrating their 10 Year Anniversary in Denver later this summer!