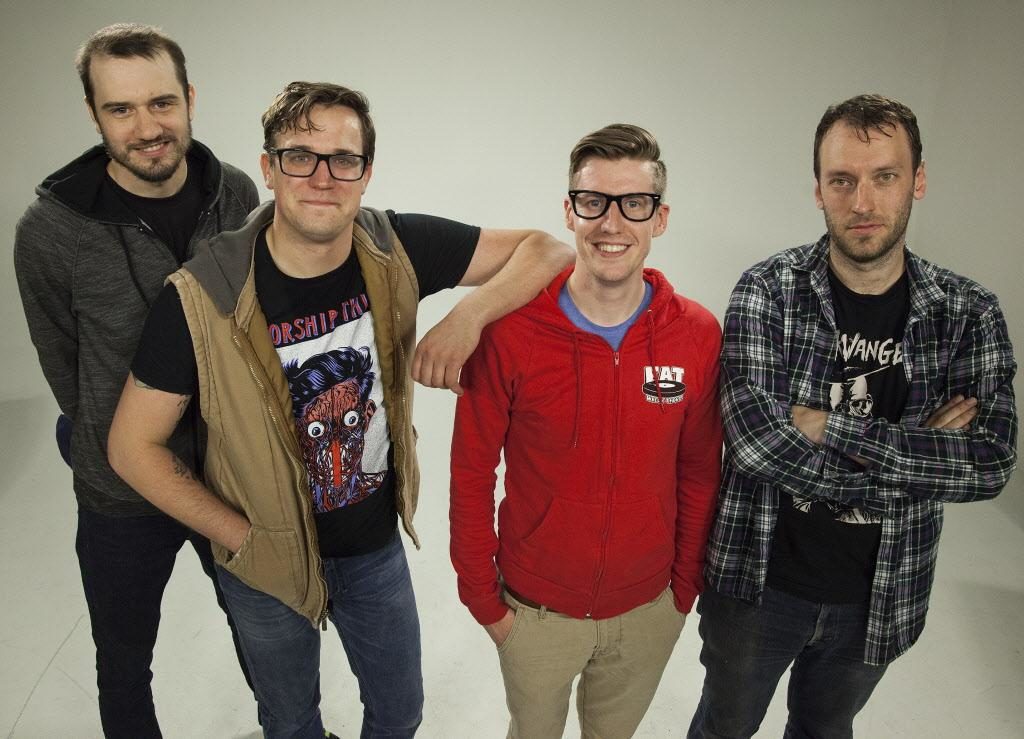 A few weeks back, Direct Hit! announced their newest album, Crown of Nothing. The LP is slated for release on October 23rd via Fat Wreck Chords. Today, the band released their third single off the album, a song called “Different Universe.”

The video was directed by Adam Santiago & Derek Shreves, a team who pulls back the curtain on the macrocosm of Crown of Nothing. While we’ll all have to wait to take in the the album in its entirety, guitarist/vocalist Nick Woods sheds a little light on some of the ambiguity:

“Back when we were just starting to write this album, a friend of ours was insane enough to write a script for a feature-length movie fleshing our Crown Of Nothing’s plot and characters. This is a trailer for that film, set to the lead track on our new album. If you want the whole story, Walker Dubois took it to an even crazier length, and turned that same script into the comic book you can buy along with the new record. We’re proud of all the work they did, and hope it pulls you into the world we tried to create with our music this time around.”