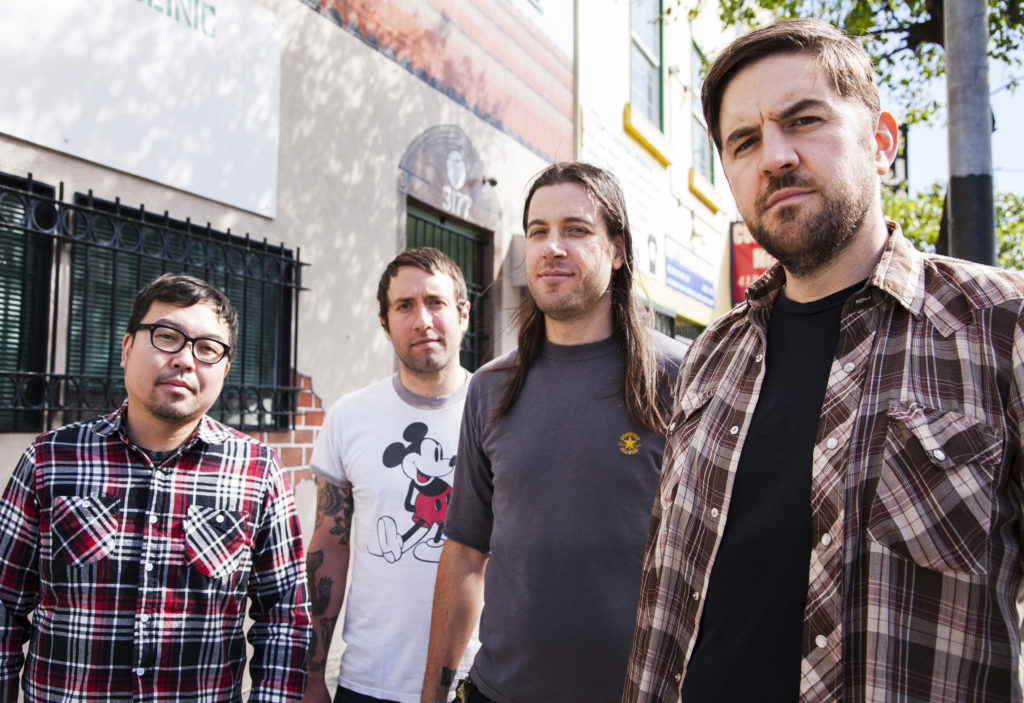 San Francisco’s Western Addiction has released a new video for their latest single entitled “Honeycreeper”. The track can be found on Tremulous, their first release in twelve years out now on Fat Wreck Chords. Haven’t heard the album yet? We got you; check out Kevin’s review from earlier this year. Regarding the visual imagery and concept of the video, vocalist Jason Hall said the following:

“We are properly shrouded in watery darkness to protect the viewer. The song is about a person trying to walk the line but they are actually riding the lightning.”

Watch the video for “Honeycreeper” below:

Today marks the start of a short East Coast tour for the band. They will be joined by labelmates Night Birds. Western Addiction will also be playing Pre-Fest and The Fest this October.