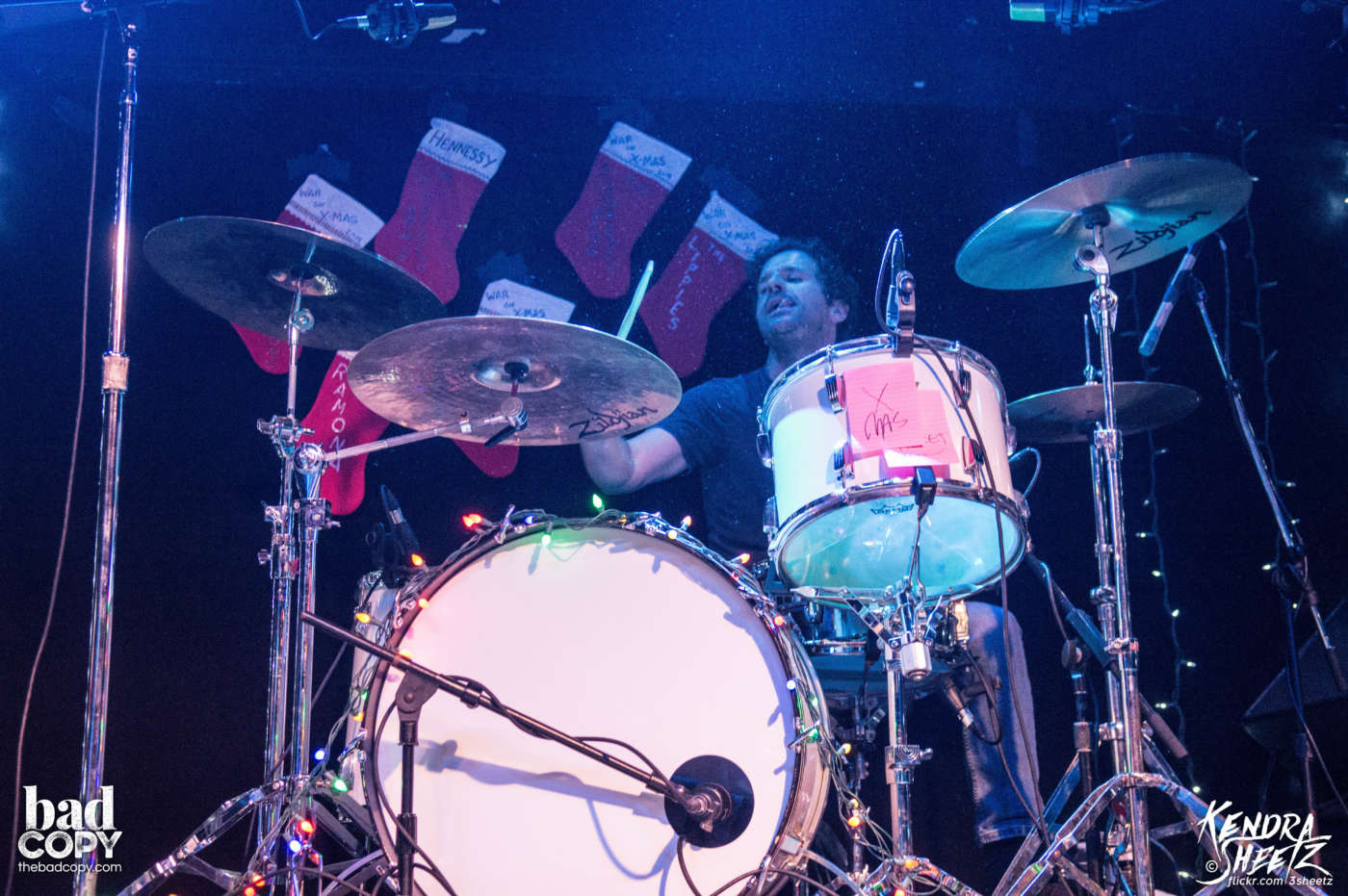 The Fourth Annual War on Xmas: Night 3 – Lawrence Arms, The Lillingtons, & The Lippies in Chicago, IL

Eventually, I had to emerge from my blanket cocoon for the final night of The Lawrence Arms 4th Annual War on X-Mas: Godlessness. I went to the Bottom Lounge armed with a bottle of cough syrup. I was fighting a war on two fronts, not only on X-Mas but on myself as well. As I got a beer from the bar, Skyler handed me a handful of cough drops, one of which I plummeted into said beer. I was taking shots of Malort backed with the cough syrup. Is any of this a good idea? No. Did I care? Also, no. Save all your “it’s not a good idea to mix cold medicine and booze together” comments for someone who cares. You all are all about dying ASAP until it actually comes down to it. Live fat, die dumb I always say.

I stood silently dying while The Lippies took the stage in their convent garb, a heavy handed ode to the night’s theme. I know a lot of people were stoked The Lippies were back in action, and in an effort to not shit all over yet another band, I’ll let Kendra handle this one:

The Lippies are back! As all four original band members took to the stage and started barreling through songs off their EP and debut full-length, it sounded like they had never gone anywhere. They were just as energetic as the first day that I saw them, three years ago during the First Annual War on Xmas. Only this time, the audience was singing along. When they played Double Door in 2015, only a few people seemed to be familiar with their material. But tonight, the Bottom Lounge exploded in dancing and singing. Post-set, I asked the band if their reunion was on a trial basis or if they are back for good. And I am happy to report that The Lippies aren’t going anywhere any time soon (except maybe on tour)! Now back to you, Kevin, king of sass…

The Lillingtons are not going to be as lucky. Someone said they are just the Teenage Bottlerocket song “Lost in Space,” but a whole band. Look, they are fine. But they’re just not for me. I guess I just don’t care about Wyoming punk rock. I thought Kendra was joking when she said they have a song that basically just spells out their name. But towards the end of the set, there it was. L-I-LL-ING-TON-S. I had to leave. I went outside for a smoke and was WAY more entertained by the outside happenings.

There was a gaggle of punk kids (leather studded jackets and Mohawks) who were standing out in a semi-circle smoking and talking about punk music with some random dude. They were all there for The Lillingtons, but Mohawk guy apparently got kicked out for moshing during The Lippies. But according to him it was okay because he’s seen Teenage Bottlerocket like six times so whatever, man. He then stated out loud, “I’m getting a Pepsi!” and walked off in the complete wrong direction. Meanwhile, random stranger was trying to convince girl with a TBR face tattoo to stick around and watch The Lawrence Arms because they are “the real kind of punk,” and he has driven from the suburbs several times to see them in Chicago, along with Brendan Kelly’s solo project, and Brendan Kelly’s other band The Falcon a bunch of times, so they are basically really good. *eye roll*

Back inside The Lawrence Arms actually were really good. That guy may have been a weirdo nerd, but goddamn it if he wasn’t right. The band apparently decided to forgo the surprise element that they cobbled together the last two nights and just played. They rocked through a song off every single one of their main releases, or depending on how you look at it, they just played a lot of this year’s compilation album We Are the Champions of the World. By my count, they didn’t repeat a single song over the course of the three days, so that’s pretty cool. Tonight’s encore was “100 Resolutions,” a fitting way to end the last party weekend of the year, and the one song they haven’t played yet that I knew for a fact they absolutely had to play. I’m so smart.

We debated what our next move should be and settled on going to Frank and Mary’s for a drink or four. I was still chasing shots with cough medicine, but you got to do what you got to do. As we sat at the bar, we reflected on the war we had all fought so hard at all over the last three days. It was a long and tumultuous journey, but we came out the other side mostly unscathed. We still had technically two more shows left in the weekend, but the main fight was at an end. I left the bar with a great feeling of accomplishment… and possible sinus infection. 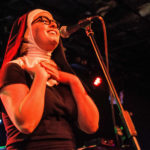 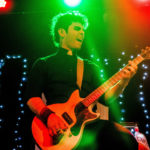 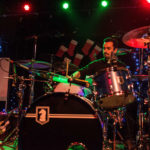 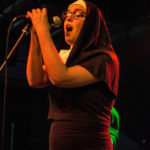 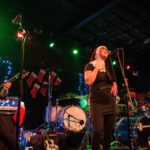 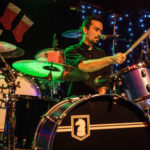 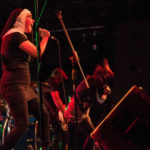 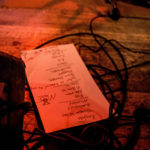 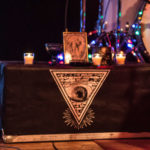 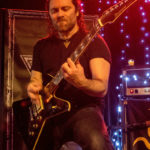 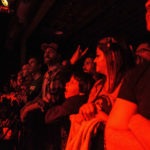 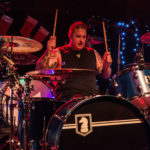 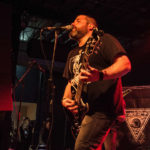 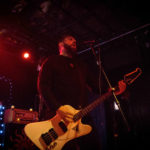 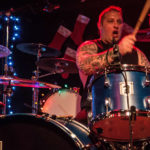 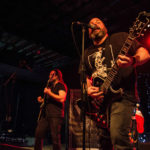 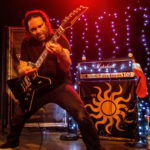 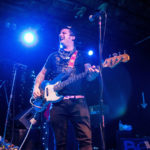 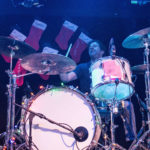 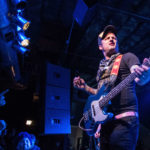 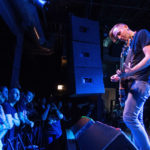 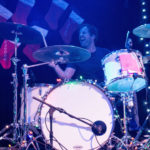 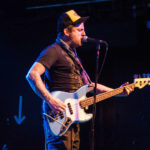 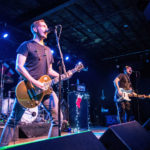 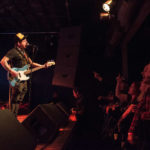 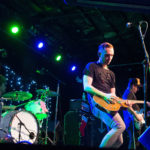 Check out our Night 1  and Night 2 coverage of The Lawrence Arms’ Fourth Annual War on Xmas now!