Bad Copy premiered this LoveSong of the Month series just over one year ago. On that inaugural feature I charged out of the gates with a loud, fast, blistering cover of SNFU‘s “Gravedigger.” Now, many, many lifetimes later, I’m pushing a piano ballad on you. 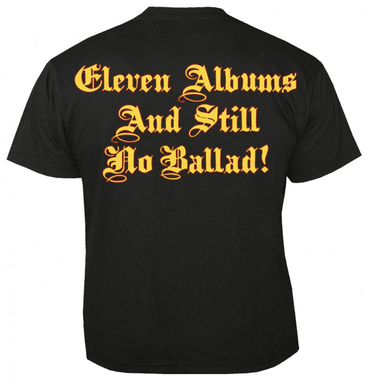 Kudos to the band Exodus for never relenting to the enemy.

INXS, for their “Mediate” video, paid homage to Bob Dylan’s “Subterranean Homesick Blues” video (which were both precursors to the irrefutably superior video that Weird Al made for his palindromic masterpiece “Bob”). In each of these videos the artists hold up a series of posterboards containing the lyrics to their respective songs.

At the height of my irreverence towards… well, everything, I enacted my own take on this idea with my own band, Your Mother. It took place during one of our concerts in the INXS homeland of Australia – the belly of the beast, as it were. Prior to our Sydney show, Michael Hutchence, singer for INXS, was found dead in a hotel room amid rumors of auto-erotic asphyxiation. Channeling the above-mentioned music videos I, too, created a series of poster boards mimicking the -ate rhyme scheme put forth by INXS in reflection of Michael’s passing.

(This display of bad taste is what happens when your favorite riffs from bands like The Meatmen, D.I. and FEAR is actually the between-song banter on their live records.)

The audience groaned and, well, it wasn’t the first – or last – time that we would endure that kind of response. 1987, pictured here with my cousin, Melanie. Would it surprise you to hear that She of the Untamed Mane was the one who turned me on to Testament and Death Angel?

What I learned just recently, after watching the engrossing documentary, Mystify, was the tragic truth about Michael Hutchence’s downfall and the event that triggered it. I won’t spoil it here but I had no idea about the last few years of his life, and I’d like to think I would have been more sensitive to his passing had I known then. But hey, teachable moments…

(Also, one probably shouldn’t expect empathetic banter from a band called Your Mother.)

SPEAKING OF AUDIENCES NOT LIKING YOU…
Recall, if you will, my piece on Sam Newton and his shiny tights and golden pipes enduring the Metal-unfriendly crowds at Gilman St (Exhibit A). This month I wondered what would happen if I threw this Metal Messiah a mildly doo-wop’ed version of a now-classic Pop ballad. Would he be interested in singing something so… tame? Turns out, he would! But first he would have to weather his wife’s incredulity at him never having heard this song before.

And since I’m bringing in Sam’s righteous roar to lead this slow jam I thought it prudent to also bring in the boy wonder, Rick Silvestri, from last month’s column (Exhibit B). Rick can fill out songs and yoga pants to equal effect. But he’s not just eye candy, fellas – he offered some much appreciated depth, lushness, and positive vibes to this song.

So here we three be forging into terra incognita with this seminole prom standard. Please forgive us our trespassing upon this hallowed yet unfamiliar genre as we forgive those whose naysay against us.