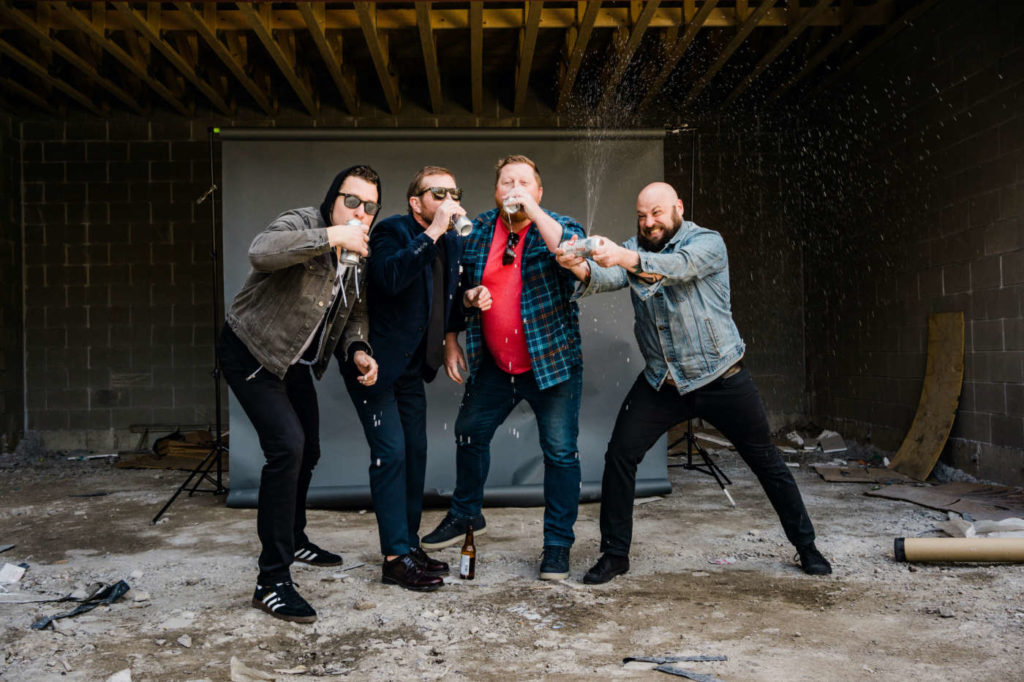 Chicago’s Work Party recently released a new single entitled “NFG.” The song can be found on their debut album, My Best Days Are Behind Me, which will be released on October 1st via Triple Eye Industries.

Recorded at Electrical Audio by renowned engineer Greg Norman, their debut album is more than just a document of the band’s first collection of songs — Norman’s work captures the band’s strength as a singular unit, with panoramic guitars and a tight, pummeling rhythm section working together to provide an unbreakable foundation for vocalist Tristan Widloe to build upon.

Echoes of Seattle heroes Botch and Harkonen can be heard in the main groove of this new track “NFG.” But whereas those acts would often take things to a more chaotic and technical place, Work Party keeps it straightforward throughout the track; melding those influences with the urgency of early Black Flag.

The latter half of the track displays the band’s ability to allow frontman Tristan Widloe to offer a darkly humorous parody of a Moth Radio Hour monologue about a guy that gets humiliated by a group of raucous youths, right before launching into the song’s ferocious final section.

Stream “NFG” below and keep checking back for more from Work Party!