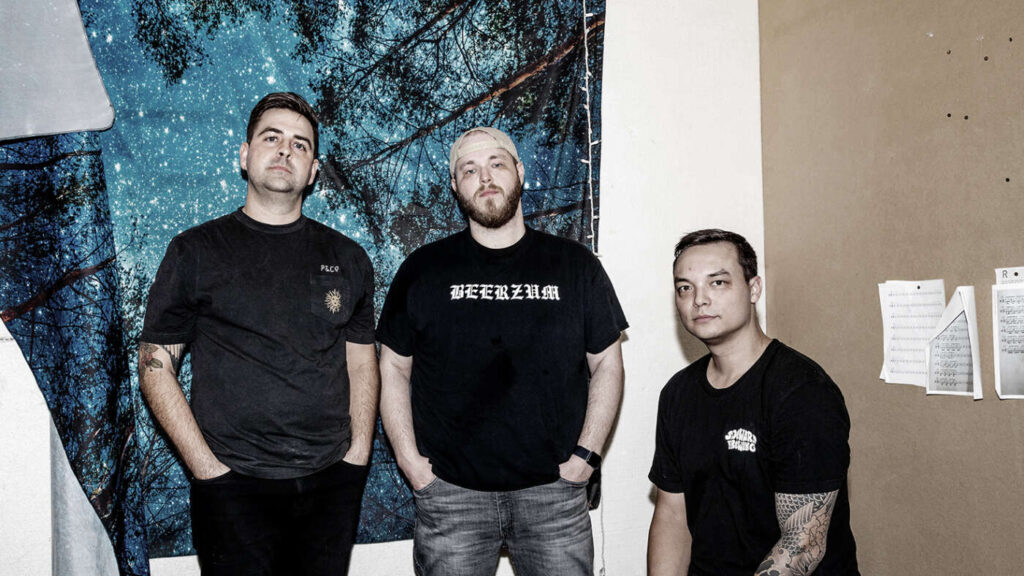 Drummer Matt Tanaka had this to say about the project:

“Dan and I have been playing in bands together since the beginning of time, and no matter what else we’re working on we’re also working on Giant Killer. This record has slowly taken shape over the last 8 years as our metal friend and engineer Soren joined on to play bass. It’s kind of hard to say what style it is, other than to say its loud and heavy. The whole thing has been an excuse to chase down every influence we’ve ever had that has made us want to run through a wall, and work it though this complicated and brutal story set in a mythical land of giants.”

The record tells the story of a half-man, half-giant seeking to avenge the death of his mother by killing the King of the Giants.

Stream Black Moon in full below and grab your copy today via Triple Eye Industries!