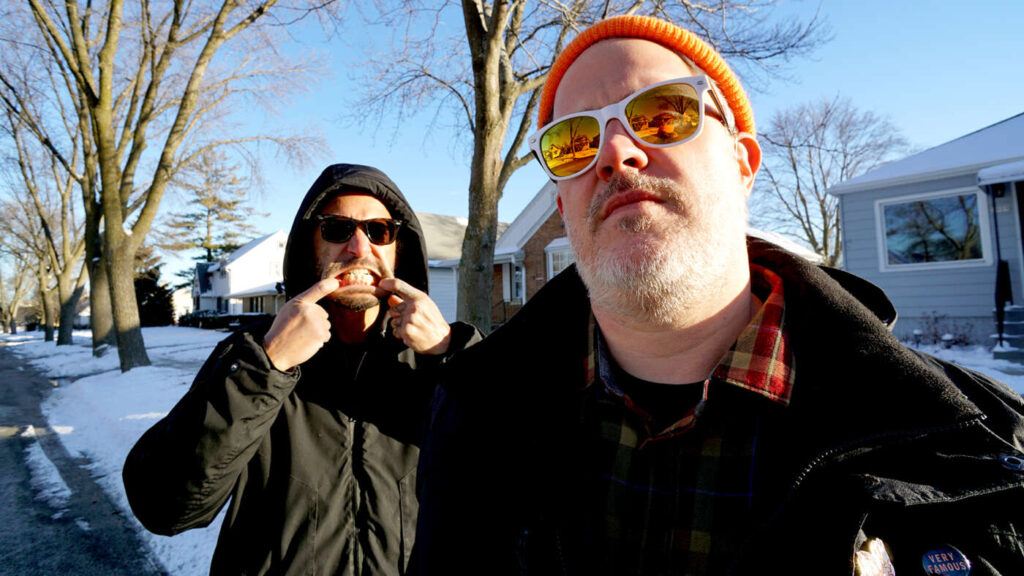 Today, we’re premiering the debut single from Milwaukee’s Guerrilla Ghost. The song, “I Don’t Like People Playing on My Phone,” will be featured on the band’s upcoming thirteen track album Hell is Empty and All the Devils are Here which will be released on April 15th via Triple Eye Industries. This is the band’s third full-length album and will be followed with another full-length later this year.

Tron Jovi had the following to say about the new dual releases:

“We’re going to keep stacking a massive catalog, one upping ourselves each time. I’m just glad to be making music with someone who has a similar perspective and aesthetic and allows me to make these strange audio landscapes.”

Bad Graphics Ghost, the emcee of the group, added:

“As long as we have the technology and the voice, we’ll ride this beast until the wheels fall off. We agree that we’ve accomplished practically everything we’ve set out to do, so at this point in our career we’re pretty much looking down on a sky that was once the limit.”

He also spoke about the new single:

“This song serves as an introduction to our state of mind for the album. It has a lot of attitude. Plenty of 808 bass, vocal cuts and a melody reminiscent of early production from The Neptunes. Speaking on everything from our current affairs and thoughts on fandom, to the political climate and the Covid-19 pandemic. It’s a proper Guerrilla Ghost song. Keep it real.”

Stream “I Don’t Like People Playing on My Phone” below and keep checking back for more from Guerrilla Ghost!