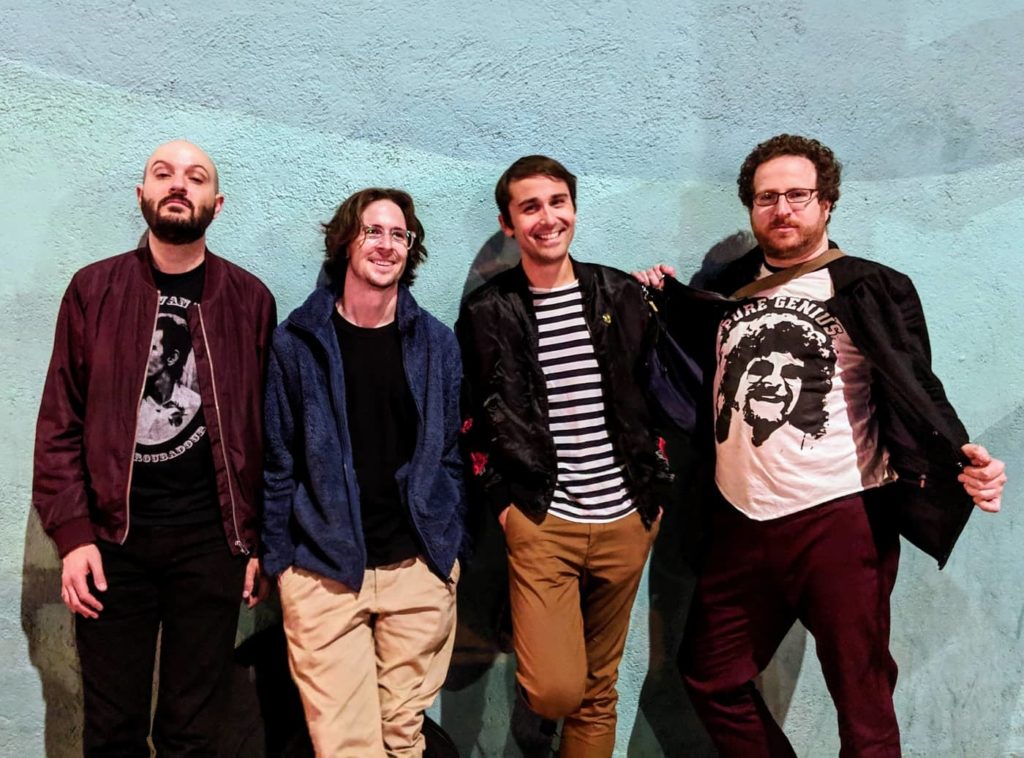 Today, we’re pleased to be bringing you a brand new single from LA’s The Pretty Flowers. The band’s upcoming cassette only release, Golden Beat Sessions, is an album comprised of only cover songs. Named for Golden Beat Studios in Los Angeles, the album will be released on cassette via Dirt Cult Records and digital retailers everywhere on May 3, 2019. Golden Beat Sessions was engineered by Andrew Schubert, with additional recording and mastering by Jake Gideon.

Golden Beat Sessions explores the individual nooks and crannies of the Los Angeles foursome’s sound by using the songs of others as their magnifying glasses including:

Teenage Fanclub’s “Radio,” “Doom Town” by the Wipers, Neil Young’s “Don’t Cry No Tears,” “I Got You” by Split Enz, Nick Lowe’s “Heart of the City,” and the lead single, an ethereal cover of “Scott Street” by Phoebe Bridgers

Listen to The Pretty Flowers’ cover of “Scott Street”:

Like what you hear? Of course you do! Pre-order your copy of Golden Beat Sessions now!