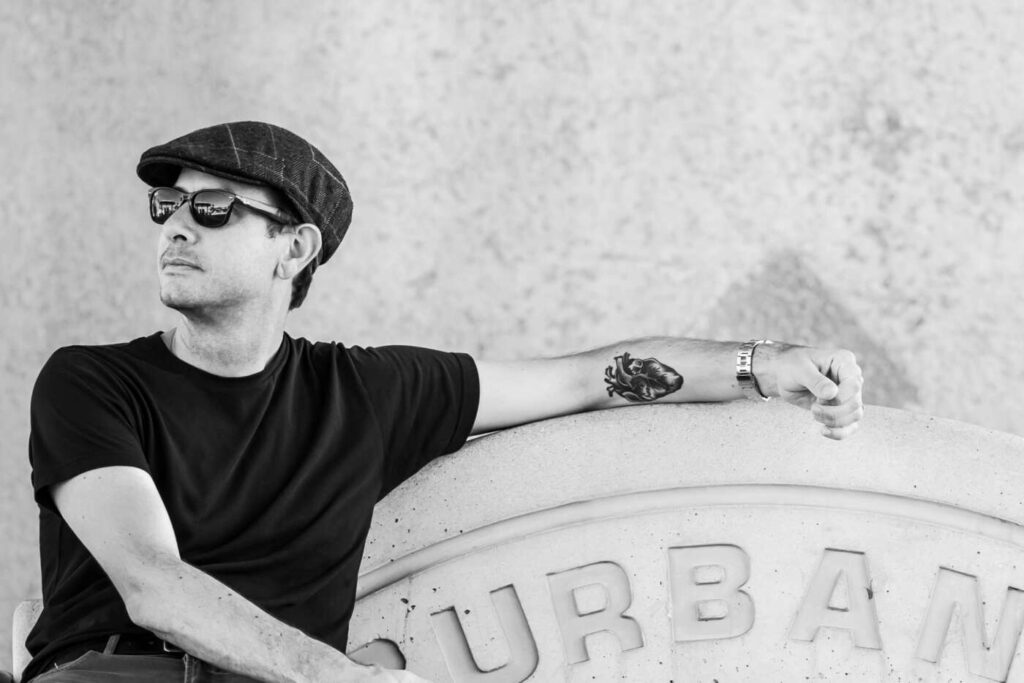 Today, we’re bringing to you a brand new single and accompanying music video from LA’s Black Adidas. The project is the brainchild of Courtney Ranshaw. The new single, entitled “In My Head,” is the debut release from the band’s self-titled sophomore album which will be out on March 3rd via Dirt Cult Records.

The song is a love letter to Ranshaw’s wife, who he met at a dive bar in Burbank called Tony’s Darts Away. Oddly enough, it’s the same place where he met David Newton (Mighty Lemon Drops) who ended up producing the album.

The video features two kids traversing the city on their skateboards which Courtney said:

“… reminds me of what it was like to fall in love when you’re young – a coming of age tale of everything being just right, with a soundtrack of our blend of Punk.”

“see two kids just going through life, uncomplicated and easy while contrasting that with dark and uneasy footage of the band’s performance – each one trying to take control of the viewer’s emotions.”

Brad Walther was the director of photography and editor, while Jason Lazo was the second cameraman on the shoot.

Check out the video for “In My Head” and pre-order your copy of the new album from Dirt Cult!