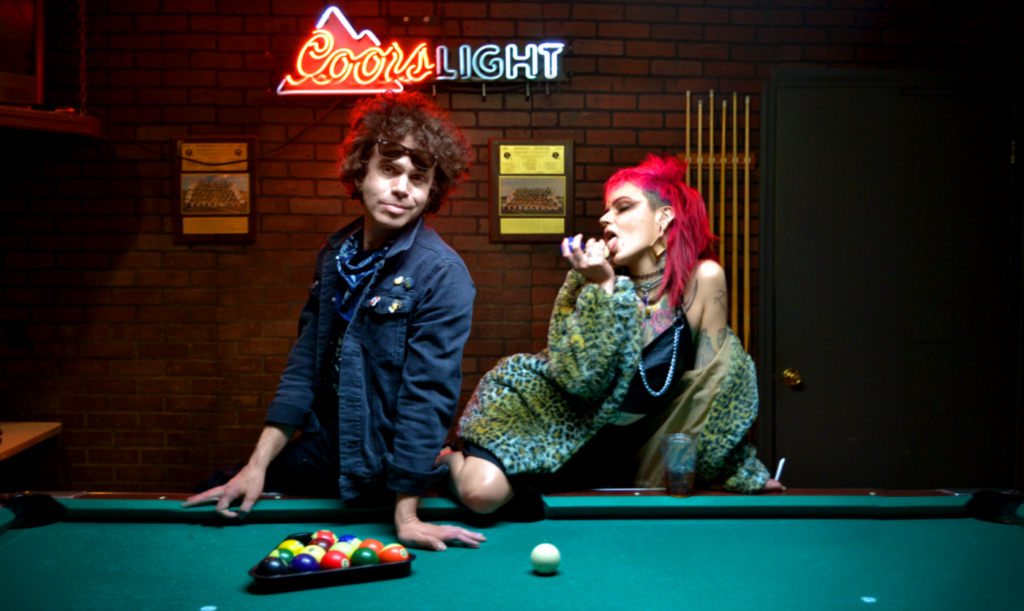 Today, we’re premiering a new single and accompany video for “Disco Ball” from Matt Pless. The Baltimore-based artist will be releasing his new album, Cheap Shots on the Rocks, which will be released on March 25th.

The new thirteen song vinyl will be out in the US via Say-10 Records on limited color vinyl (clear with white splatter) and via Gunner Records, who will have their own Euro color variant (clear with black splatter). It will also be available on CD, white cassette, and of course, digitally

Matt had the following to say about the video:

“‘Disco Ball’ is a song about excess. I wrote it with the dark side of fame, conformity, and high society culture in mind. It’s got a lot to do with ego and riding the fast lane of too much fun over the edge. I kinda see our society as this sort of comical circus of plastic trash and I tried to capture that in the video. I basically threw a party at my friends store called Protean Books and Records in Baltimore, told everybody to get spun up like a flashy lunatic and that was basically it. I love the 1932 Todd Browning move ‘Freaks’ and the video has the spirit of that plot line in mind. It was fun to shoot.”

Check out the video for “Disco Ball” below and check back here soon for more from Matt Pless, Say-10, and Gunner Records!